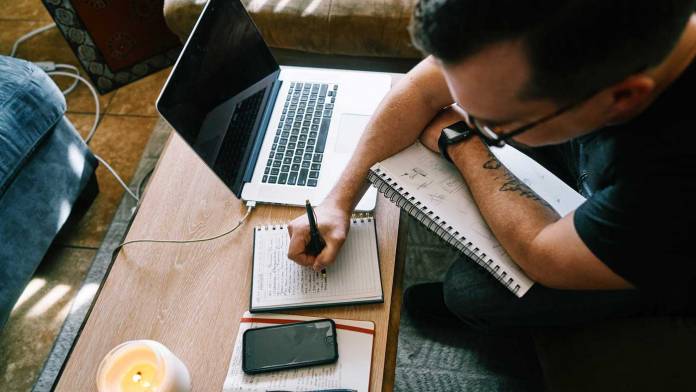 In order to be efficient and well-versed in all aspects of a video production, the video editor should be well organized. Organization can be tricky, it’s easy to become overwhelmed by large volumes of footage and, in turn, miss some crucial pieces of footage that would otherwise turn an average video production into an outstanding one. Here are five tips to help any video editor stay organized.

It may seem obvious, but there are many editors out there who go all willy-nilly and just dump their assets into one big folder, or worse yet, try to edit off their desktops. Can things be done this way? Sure, but it won’t help with video editing, and it certainly isn’t efficient.

An easy way to build a file structure that can be used over and over again is to create and name blank folders that reference various aspects of a video production and nest those files where appropriate. For example, there might be a “Project” folder, and in that folder may be four folders labeled “Assets,” “Collateral,” “Projects”, and “Final Renders.” Inside the “Assets” folder, there could be another four folders labeled “Source Footage,” “Images,” “Audio,” and “Graphics.” So on and so forth, a tree hierarchy reflects the post-production process of that video editor.

Once this hierarchy of empty folders is built, archive the top-level folder (and its contents) as a zip file. When it comes time to start a new project, unzip the package and rename it with the project’s name. The zipped archive can be used over and over again for each project.

2. Use a standard naming convention

It’s a lot easier to identify stray files that have wandered from their home if the file is named in a way that’s easy to understand. To most video editors, “AJX007P” or “Shot 1” means absolutely nothing. A standard naming convention is a way to create a name for every file so the video editor will know what it is. Some standard conventions start off by using a three-letter abbreviation for the project the file belongs to and follows up that abbreviation with a number in reference to an episode, scene, setting or chapter of the project. This can be followed with a descriptive name, like “Crane” for a crane shot. It’s also good to include a numeric date in the name. For example, 02132014 is an eight-digit number for February 13, 2014.

When all the files in a project are named in the same way sorting through them gets easier and video editing becomes more efficient.

Finish it off with a version number and make sure to use three digits; it allows the project to have a thousand clips of the same kind of shot. It may be overkill, but it’s easy to run up a hundred variations of similar assets. When all the files in a project are named in the same way sorting through them gets easier, and video editing becomes more efficient.

This tip is one that gets passed over mostly because entering metadata is an extra chore amongst the myriad of video editing tasks. Most video editing applications are built to work with metadata, and even having a small amount of metadata associated with each clip will make sorting them out much easier.

The greatest video editing nightmare is losing an entire production’s cache of assets. One drive is never enough, and two isn’t much better. Hard drives are not that expensive and building redundant drives doesn’t require an IT department. The small amount of time it takes to back up a project and all of its assets is well worth it. If a video editor uses a consistent file structure and a standard naming convention, it becomes much easier to organize backup drives and to know what’s in its correct place and what needs to be transferred for backup.

There are some files that a video editor uses over and over again across many projects. Every video editor has his or her own collection of royalty-free music beds, sound fx, and design elements they go back to and use in a pinch. These assets should have their own file structure and be on hand where the editor can pull them directly into the project when needed. In order to future-proof projects, it’s best to make copies of these assets when they are used and place the copies into the project’s file structure. This way, if the project is archived to a long forgotten drive or the cloud, it can be opened up at a later date without the video editor having to relocate missing assets.