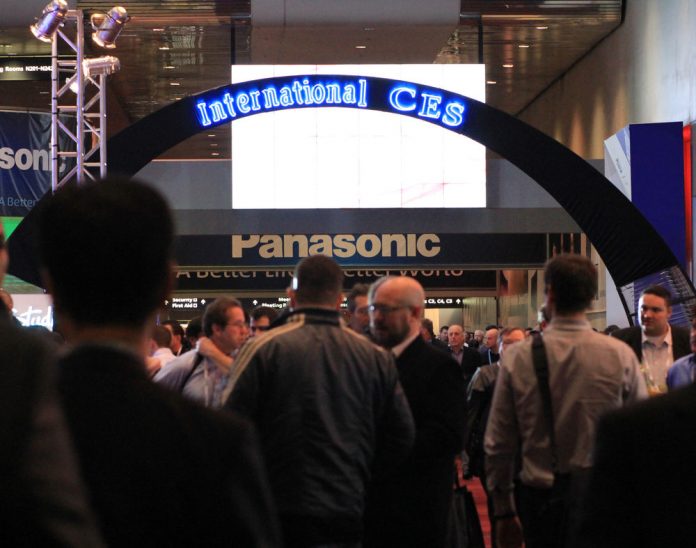 The International CES tradeshow in Las Vegas this month was an eye-dazzling event with 15 product categories covering everything from everyday mundane activities like laundry and cooking and products to better our health and well-being, to high-tech robots, cars and wearable technology. But Videomaker was interested in only products that promise to help video producers create better video, so with blinders on (with only a peek or two at 3D printers and car stereos) we collected our list of products we think you might want to know more about for video production in 2014.

We saw a lot of emerging 4k technology at last year’s NAB show (National Association of Broadcasters,) a tradeshow for professional video producers, filmmakers, and those that support the industry, but we were surprised to see as much 4k products on the consumer level. And 3D? Not hardly a whisper.

Check out our video interviews below and first look at some of the products we loved along with a list of our Best of CES Spotlight Awards below, and stand by for reviews of as many of these as we can obtain over the next few months!

Want 4k footage for a 2k price? Check out our hands on look of the Sony FDR-AX100 on the CES show floor. The little brother to Sony’s AX1, which runs for $4,500, the AX100 gives consumer and enthusiasts a chance to jump into the 4K arena at an easier-to-swallow starting point.

The Olloclip 4-in-1 lens set has a fisheye, wide-angle, 15x Macro, and 10x Macro lens for your iPhone with a case with added features. We were impressed with the build and great price that fits into any user’s budget at $70.

The Curve is a handheld device with Steadicam technology that includes adjustable counterweight and single-hand use. to Smooth out your action footage with this impressive 3-in-1 stabilizer.

Panasonic showed off four cameras in the LUMIX line, but the “behind the glass” DSLR they were simply referring to as “next” caught our camera’s eye. Panasonic quietly displayed a 4K successor to the Lumix GH3 with rumors of a price less than $2,000. Kept under glass without many details to share, is it an early look at what's to come or simply vaporware?

JVC took the best features of their POV action cam, and merged the technology into their popular Everio for a great little camera that is waterproof, shockproof, dustproof and ready to roll in just about any situation.

The AEE drone has a built in camera with 105 degree rotation control. Hear about it and see it in flight on the CES show floor.

Capable of streaming live photos and videos over a 4G LTE network or wi-fi, this action cam is ready for primetime.

High quality lens options for your iphone. The kit includes a case, 2.5x macro lens, 2x telephoto lens, and a .45x wide angle lens. Hear about it from the CES show floor.

Highlights include GPS, wi-fi, and more. Shoot video then edit in video over-lays of the stats that include the speed you're moving, altitude, GPS points, etc

Every year, the editors sit down each day after walking the show floor to discuss, and dissect our notes on the products we saw and consider those we deem likely candidates for our annual Spotlight awards. After great consideration, due to their innovation and forward-thinking design, we decided on these products to fill this year’s list for Videomaker’s Best of CES Awards.

Watch for our full evaluation of each of these products and our look back at CES 2014 in the April edition of VIdeomaker magazine, meanwhile, here’s a sneak peek at the award winners:

According to the Consumer Electronics Association, (CEA) that hosts the CES tradeshow in Las Vegas every January, this was the largest show with record attendance. CEA reports that the show covered two million net square feet with more than 3,200 exhibitors. A record 150,000 people attended the show during the five day event, and more than a thousand of these in attendance were journalists. Next year’s CES tradeshow will be January 6-9, 2015, also, in Las Vegas… see you there!