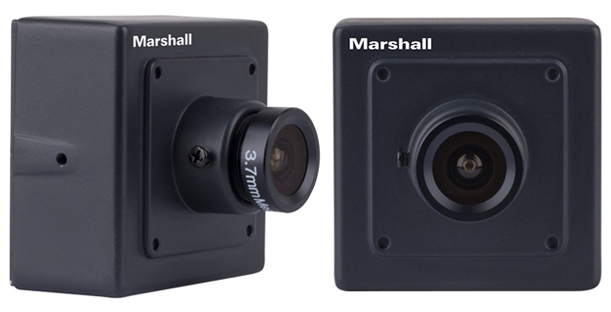 Marshall Electronics Broadcast Division is one company looking at the high-quality broadcast needs with these small cameras. Marshll has developed a low cost broadcast miniature camera.

Marshall does offer a variety of other miniaturized lens configurations, increasing the flexibility and uses of the camera. The Marshall CV500-MB outputs a 1080i/59.94 Broadcast image, simultaneously over HD-SDI and CVBS. It is also available in a 1080p configuration as well.

The small size makes it ideal for several broadcast application such as reality television, green room screening, remote locations in which it's difficult to place a camera, and as a wearable device. There are also many non-broadcast uses which benefit from a miniature camera this size, such as security services and robotics.  The cost of the Marshall Electronics CV500-MB is $499.