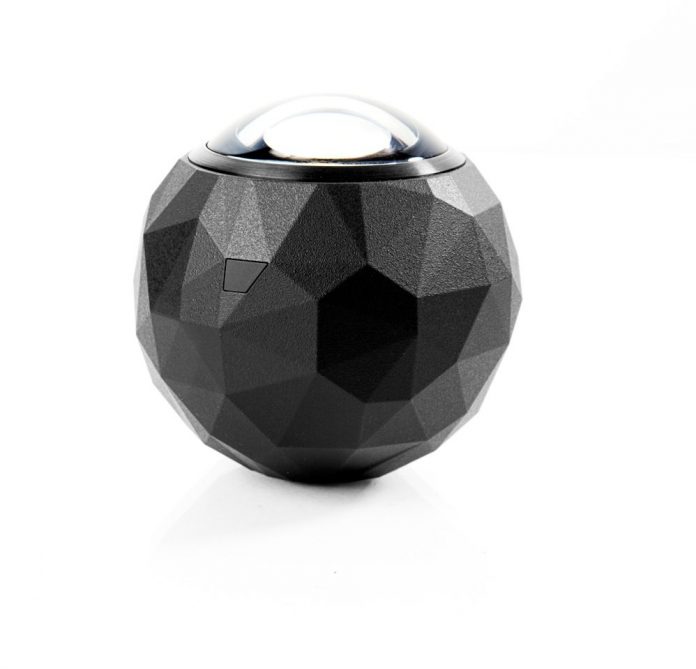 What is an action camera? Turns out, we're still defining that, and Voxx has combined with EyeSee360 for one example we can use in a sentence. The 360Fly will capture what's happening all around you. With a field of view at 360 horizontal degrees, and 240 degrees vertical, wide angle doesn't quite describe it. So no need to worry about composition so much as where you take the camera, so without any housing, the 360Fly can go underwater as far as five atmospheres. The universal 1/4-inch-20 mount allows for lots of placement options, and at just over 4oz. and two inches (58mm) in diameter it is sure to fit nearly anywhere.

The connection of the 360Fly to your Android or iOS smartphone is possible through Wi-Fi and Bluetooth. The app will allow you a live view and help you share your video. If you're not getting too dangerous with your camera and are willing to use your phone, the 360MicroFly is more cylindrical than the spherical 360Fly, but is designed to work on iPhones and Android phones. The vertical view is narrower at 80 degrees, but the whole horizon thing is still a big deal.

How we interact with video is sure changing, and the 360Fly and 360MicroFly appear to be ways to reduce the amount of camera work necessary. Get your imagination going because what was once behind the scenes is becoming half the scene. Pricing has not been finalized though the 360Fly looks to land in the $400-$450 range, and start shipping via VOXX International in June or July 2014.