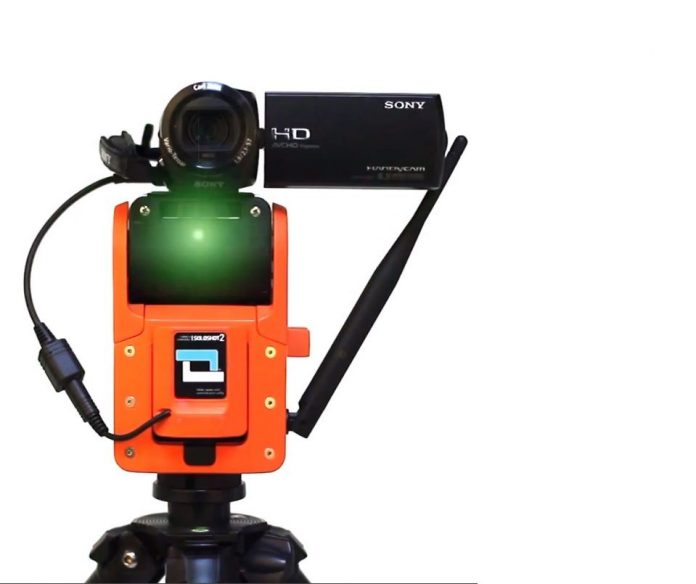 Soloshot2 the name says it, you'll be able to take shots on your own, and this is not the first camera tracking hardware produced by SOLOSHOT. This second version of the Soloshot adds vertical control, ultimately, an accessory allows it to automatically pan, tilt and zoom the camera. The Soloshot2 answers many questions on camera tracking that many crew members have had to take on. Soloshot2 does camera tracking and can do more with the help of two transmitters that can work in conjunction with a second Soloshot2. Now if only all crew members got along like two of these will.

The Soloshot2's developed with the active user in mind, for sports, the outdoors, and really, any situation where you'll want your camera stationary, yet able to track a subject in motion. We've seen other personal camera tracking devices, but none have toted 2,000 feet as an operating distance. The camera tracking appears pretty quick and smooth, just don't expect picture perfect lead room. The angles of view for the camera are extensive with 360-degrees on the horizontal plane, and 120-degrees vertically.

So while you won't be near the receiver, hence your need for the Soloshot2's framing capability, you'll have the water and shockproof transmitter. The little box comes standard with an armband and more mounting options are in development. You'll still want the remote accessory to start recording. Securing the receiver between a tripod and camera is fairly standard, with multiple locking features to ensure both the camera and itself are locked down. If you plan on using cameras that are more than five pounds, plan on asking a friend to take over, and if you'll be active for more than 5 hours, you'll be out of battery, or blank media, whichever comes first.