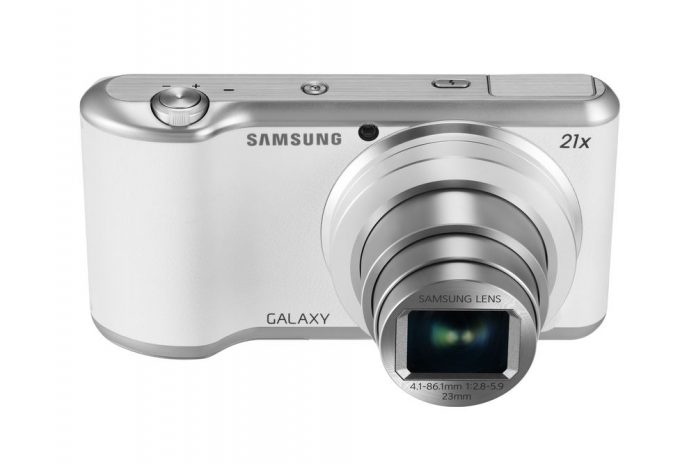 Samsung starts the year with the GALAXY Camera 2 which reminds us that while we like our phone and love our cameras, it's great when the phone's app and camera's strengths are housed in a single device.

What runs the GALAXY Camera 2 is a 1.6GHz Quad Core processor with 2GB of RAM, and for the images, a 16MP BSI CMOS sensor. With the strong processing power one might worry that battery power is an issue. Afterall, isn't that a conversation every mobile user has had? So to account for this the 2000mAh battery is included which is on the large size for smartphones. Since we're getting away from the limiting factors of smartphones with the GALAXY Camera 2, enjoy the 21x optical zoom it allows, this amount of zoom just isn't found without a larger lens.

You won't be sending texts to anyone with the GALAXY Camera 2, but you can share you media with either Wi-Fi or NFC as well as control the camera with the Remote Viewfinder. A fun and smart feature is the Smart Mode Suggest with 28 presets shooting modes for photo situations, can make it very quick to get a shot. The Multi Motion Video feature allows a set speed of capture for 8x fast or slow-motion at 768×512, 120fps. To round out the technical speak, the camera comes in at about 10 ounces and should be a blast to carry around and play with.