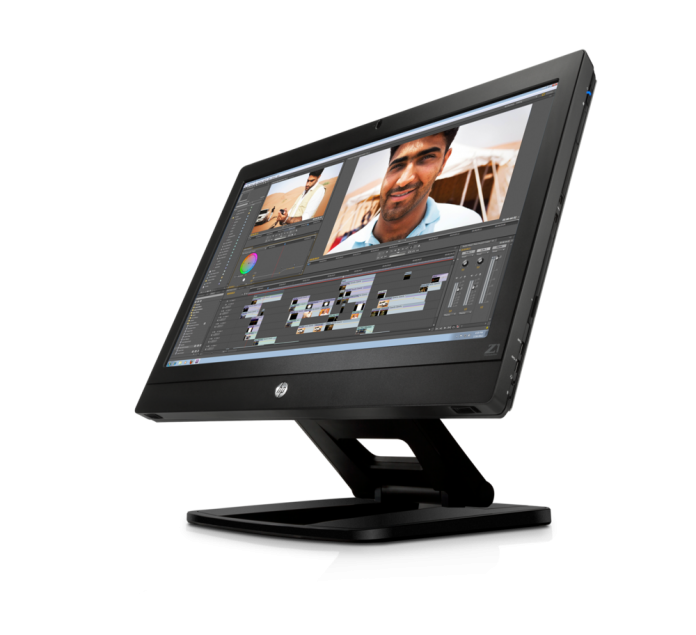 HP Z1 G2, an all in one workstation, touch screen, Thunderbolt 2. These are, powerful words to be involved with. HP has them all, and lots to back it up too. We've seen the Z1 in the past year or so, and the ZBooks got us excited, so with the HP Z1 G2, what really makes the headline are two front running features, coincidentally, two Ts, touch and Thunderbolt 2.

Try 10 fingers at once and the Projected Capacity Touch takes care of the rest. If you missed the part about the 27-inch screen, imagine the difference of surface area between your touch devices. Your phone might be 5-inches diagonally or you've got a 9-inch tablet, the workspace becomes huge. So if you recall, last year's HP Z1 is also 27-inches so with the Z1 G2 the glass continues to be an edge to edge design, with an option for a non glass, thus non-touch model which may be preferable for video editors. This time the I/O accessibility is better. Good aspects that were unaltered include the lifting screen for tool-less upgrading and high-level components. With mSATA there's room for three drives, making RAID configurations possible. Having Thunderbolt 2 can be daisy chained with six devices and opens up another of the growing number of Windows computers capable of Intel's Thunderbolt technology.

The power in the Z1 G2 is also dialed down where it counts: consumption, with a 400W 90% efficient Gold power supply. The base model will cost $2,000, and would leave you the option to enjoy upgrading your machine.