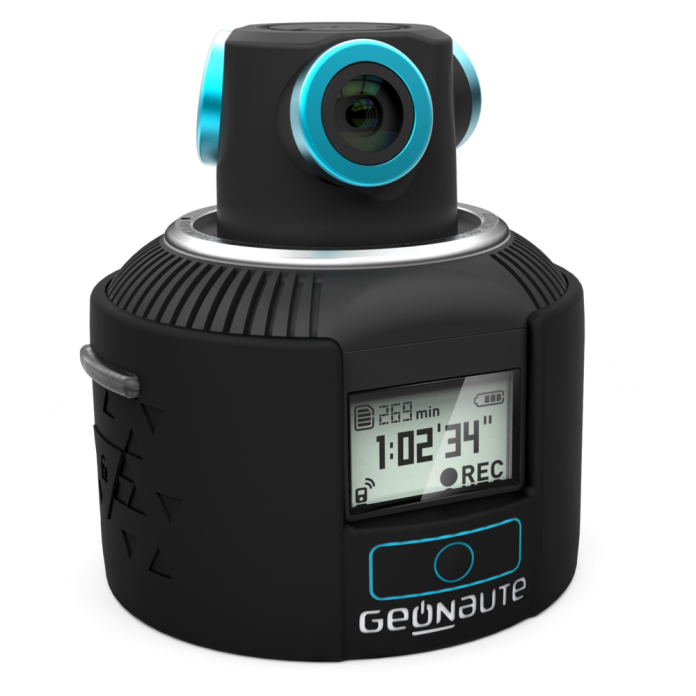 Geonaute 360 is an action camera, though not like you've come to think about action cameras. We often associate an action camera with a wide angle lens anywhere from 120-170 degrees of view is common. The Geonaute 360 more than doubles those by using three lenses, each with their own 8MP sensor. Though it does get a little dense at 9oz. that's because a lot of functionality is packed into this droid-look-alike camera.

The Geonaute 360 is capable of 2k video at 25fps which is 2048x1024p for those of you counting pixels. With the options for 4k photos being among the excellent photo options a time-lapse mode is included. Did we mention the robot form factor of this little camera? It looks like it belongs on the Axiom for an indefinite space cruise, and should be very durable since it'll withstand submersion in less than one meter of water for 30 minutes. Geonaute sought to keep a few things familiar like recording in the familiar H.264, MP4 format and microSD cards. The most unfamiliar part may be the 25fps, until more details become available, you may need to brush up on your NTSC and PAL differences. With a price of $499, it rightly so has plenty of features built in. The apps for iOS and Android will also help the usage of the Genaute 360, so get excited about action cameras if you aren't already, the world around you can be captured.