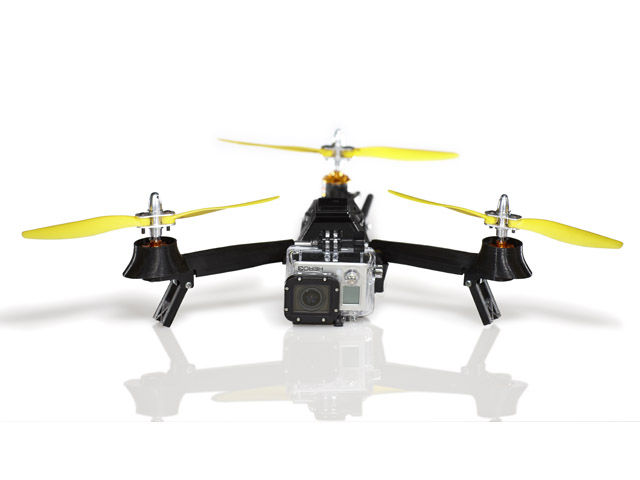 CES has come and gone. This year's show was packed once again with all sorts of innovative technology. One technology trend that continues to grow is aerial videography. Miniaturized cameras and stabilized remote control drones are the new methodology for getting pie in the sky shots. Aerial videography is no longer reserved to those with a pilot's license or a friend with a helicopter. A Kickstarter campaign for The Pocket Drone was launched during CES this year. The Pocket Drone is a miniaturized drone capable of carrying a GoPro Hero 3. With over a month still to go its Kickstarter campaign, The Pocket Drone has far exceeded its fund raising goal and will be coming to the market.

The Pocket Drone is a multicopter that makes aerial videography possible through the use of an action camera such as the GoPro Hero 3. It's capable of carrying a payload of up to half a pound. It features three rotors in a collapsible design, making it highly portable. The included software allows the user to pilot The Pocket Drone through an Android device. An iOS version of the software is in the works. The software also allows the drone to be programmed for autopilot through the use of Google Maps and Integrated GPS. An interesting take on aerial videography built into the system's software is the "follow me" mode in which the drone can be programmed to follow the controlling android device wherever it goes. The Pocket Drone will sell for a retail price of less than $500. It's an affordable way to break into aerial videography.

Chris "Ace" Gates is a four time Emmy Award-winning writer and producer. He is a big fan of animation and transmedia storytelling.