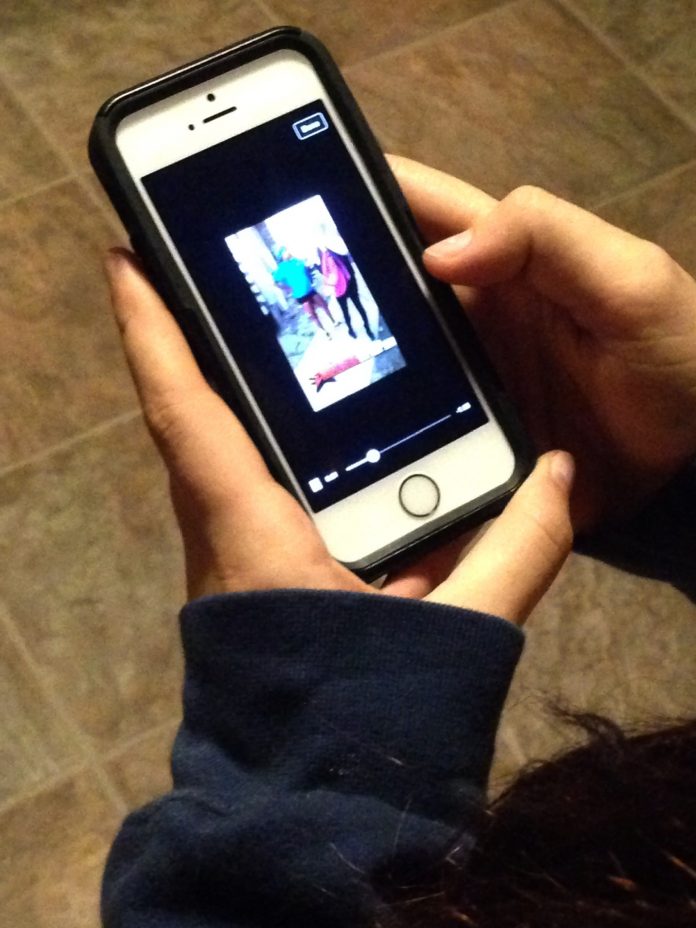 With the abundance of mobile devices available with cameras, you can be anywhere at any time and capture an image or a video that could be incriminating evidence. It is important to know your rights when it comes to recording and photographing in public places. But what are your rights when it comes to the media that you’ve captured on your mobile device?

In mid-November, at R.A. Brown Middle School in Hillsboro, Oregon, a student refused to remove his hat and following other inapproiapriate behavior was subsequently confronted by teachers who escorted him out of the gym. Ultimately, the student was suspended and arrested for disorderly conduct and harassment. According to some reports, unbeknownst to the teachers, the incident was recorded by other students using their cell phones. The students claim that once the teachers realized the incident was recorded, the students were told to hand over their phones. They were threatened with suspension if they didn’t provide the information needed to access their videos. According to the students, when their phones were returned at the end of the day, the videos of the incident had been deleted. In fact, text messages and certain applications had also been accessed.

Their Rights on School Property

Referring to the student handbook for R.A. Brown Middle School (http://www.hsd.k12.or.us/brown/docs/BMSHandbook.pdf), it is a violation of school policy to display or use cell phones on school grounds. Accordingly, the school was permitted to confiscate the phones. Once cell phones are confiscated, if the school has a reasonable suspicion that the cell phone contains evidence that a school rule was violated, administrators can search the cell phone, but only content that is reasonably necessary in regards to the wrongdoing can be searched. A student can voluntarily consent to a search, or he can refuse and ask that his parents be contacted. Under no circumstances are the administrators permitted to damage or delete any data on a student’s device.

Your Rights with Law Enforcement

The rules are a bit different when law enforcement officials are involved. If you’re out and happen to capture, for example, video of an incident involving police officers, you have the right to record that video. But what are your rights when it comes to the protection of the video? If you’re being arrested, a well-known exception to the warrant requirement is a search incident to a lawful arrest (United States v. Currence, 446 F.3d 554, 556 (4th Cir. 2006)). If, however, you’re not involved in any crime and just happen to be a witness, the laws in regard to seizing cell phones as evidence is unclear and vary by police department and circumstances.

In some cases, officers have seized cell phones without a warrant and were able to do so because they believed that the phones contained important evidence that could be destroyed before a warrant could be issued. Without a warrant, however, they cannot obtain any information from the device. In other cases, officers have been known to keep you isolated and supervised until they are able to obtain a warrant so that they can prevent you from deleting or damaging any data on the device. Once a person willingly or forcibly hands over their device, the data needed can easily be uploaded.

Your Fourth and First Amendment Rights

However, one thing is clear: according to a memo released by the U.S. Dept. of Justice, once police have seized a device, they are prohibited, under any circumstances, from damaging or erasing the contents of a device. This is not only a Fourth Amendment issue, but is also a First Amendment issue, as under the First Amendment, the contents of a camera or recording device should not be deleted or destroyed.

Think about the data on your device as evidence. Any evidence related to any crime has to be preserved in order for a person to be entitled to the right to due process. If you take a photograph or capture a video of a crime or a crime scene on your mobile device, you cannot rightfully expect the police to simply let you walk away with that evidence, hoping that you won’t alter, damage, or destroy it. If they do not attempt to preserve that evidence, it may later be challenged and may be found to be inadmissible.

Regardless of whether police have the right to seize your device, as with any personal belongings or property, if you’re approached by law enforcement and asked to search you or your belongings, including a mobile device, you can request to see a warrant. Without a warrant, you can refuse to allow anyone to search your device.

The incident at  R.A. Brown Middle School in Hillsboro, Oregon is under review. According to to The Oregonian, on Dec. 4th, Hillsboro School Board member Glenn Miller stated in a board meeting,  "What I think we have is a collision between a staff trying to do the right thing, and constitutional rights, and privacy rights and what is the law…and our policies and I wasn’t really satisfied with everything that went on.”

Amy Manzer is a paralegal at Hinman, Howard & Kattell in Binghamton, New York. She received her Associates in Paralegal Studies and is currently working to obtain her Bachelors in Legal Studies.