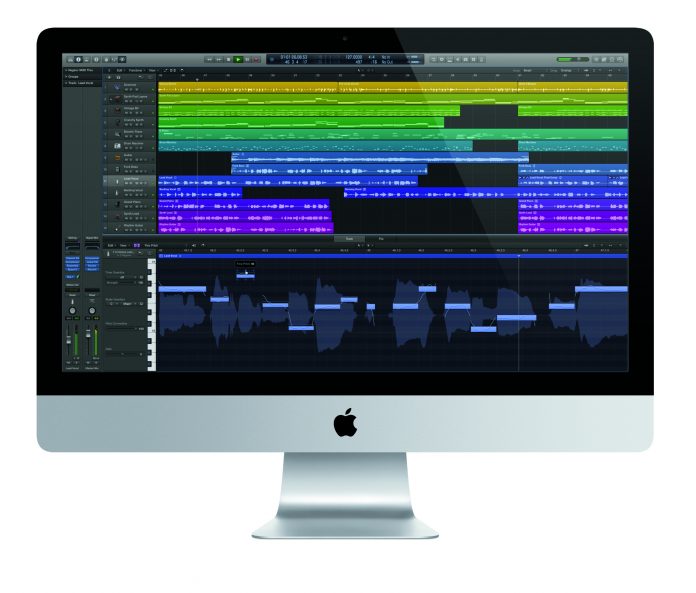 This is a week of updates for the suite of Mac professional apps, including: Final Cut Pro X (FCPX), Logic, Compressor, and Motion. The updates are on the heels of release of the all-new Mac Pro. The architecture of the Mac Pro is built to handle intensive video post-production tasks, such as working with video in 4K resolution. The updates to the Mac suite of professional applications addresses these needs and streamlines the programs to take advantage of the Mac Pro's architecture.

Logic Pro X is Apple's professional audio app. It allows users to record, edit, and mix audio with a professional suite of audio tools. The recent update to Logic Pro X 10.0.5 brings with it increased functionality and improved stability. There are 3 new Drummers and 11 new Drum Kit Designer patches for musicians scoring and recording their own drum tracks. EQ is enhanced through redesigned interfaces with greater accessibility. The XML interchange with FCPX now includes volume and pan automation.

Motion, the companion motion graphics and compositing app to FCPX, is now optimized to take advantage of the dual GPUs in the all-new Mac Pro. FxPlug 3 is now available, it's the updated plug-in architecture for use in designing new effects. Projects, especially complex ones, will now load faster into Motion 5.1. Motion now also includes Spanish language localization, especially helpful for international users.

Compressor, the encoding powerhouse companion to FCPX, received some major changes in the Compressor 4.1 upgrade. Compressor 4.1 features an all-new, redesigned, single window interface with streamlined controls. Users can create new preset destinations for common encoding tasks. The ability to distribute encoding across a network is now simplified, speeding up render times. Users can now share 4k resolution videos directly to YouTube right out of Compressor. Likewise, users also have the ability to share directly to Chinese video sites such as Youku and Tudou.

Apple is showing its commitment to the video community through its continued support and upgrades to their pro apps, as well as the redesign of the Mac Pro. The latest round of upgrades is free to all owners of the corresponding apps.