It’s easy to get into a routine when video editing and as a result form some habits, and not necessarily good ones. Video editing is an art form with rules, or more realistically guidelines, that help define the difference between what’s good and what’s bad. Even though what is considered good or bad for video editing is subjective and somewhat arbitrary, there are some basic principles that can be followed to help make a video successful. When bad habits break the rules there’s trouble to be found. Here are ten video editing habits to give up.

A lot of creative people like to wing it, take things serendipitously and let a project unfold as they work on it. This is a habit that’s easy to fall into as a video editor; footage shows up and the editor sorts it out as they go. The danger lies in the fact that a project may consume more time than necessary when a video editor is winging it, and they run the risk of missing the point. Instead of shooting from the hip, be prepared and make a plan. Learning to have a few contingency plans that can apply to multiple projects will make a video editor more productive and help them to stay on task.

The excitement of a new project is exhilarating and it’s easy to jump right into the mayhem of video editing. This is the problematic habit of starting before the project’s ready. To avoid it, know what the goal of the project is and most importantly, know the deliverables. Ask: How is this project going to be delivered? How long should it be? At what resolution and format does it need to be?

A project that runs too long and is in the wrong format presents a world of problems that are avoidable with some simple knowledge upfront.

3. Keeping in a cluttered workspace

It’s no lie, video editing can be messy. It’s also a bad habit. That doesn’t mean a video editor has to like it or live there. A video editor who keeps their workspace, virtual space and their projects well organized will be more proficient.

Transitions are a fundamental element of video editing and every video editor has their favorite go-to method of moving from one shot to another. It’s easy to get into a groove, use editing defaults and transition the same way between different shots. A video editor should consciously break the habit of default transitions and use what the project calls for, not what they’re comfortable with.

Speaking of transitions, jump cuts still abound in the world. Sometimes a video editor gets complacent with the lack of footage that they have in their edit bay or there is the habit of being lazy, just doing enough to get the job done. Be prepared and ready, always think of interesting ways to cover jump cuts. Use B-roll or an interesting transitional device, such as a custom graphic, to avoid the jump cut.

Audio is one-half of video and it doesn’t always get the attention it deserves. Mixing audio as a rote technical process is a bad habit that kills a lot of good videos. A good audio mix is a skillfully crafted element of video editing. A video editor should at the least make sure that there are no audio cutoffs, that audio levels remain appropriately consistent, and that any music bed used enhances the edit.

Graphics are now an integral part of a video editor’s arsenal. This adds one more hat to the video editor’s ever-growing list of roles, that of a graphic designer. Not every video editor is a graphic designer and that’s okay. The danger is that an editor picks up the habit of using the same graphics and graphic techniques over and over again. When the habitual graphic gets used one too many times or grows old, past its stylistic lifespan, the video editor walks into trouble. The best way to avoid this habit is to be a perpetual learner and always try to come up with something new and fresh.

Just like graphics, effects are used regularly in the edit bay. A well-crafted effect adds a certain amount of flair, flourish, and polish to a production. Effects can also be habit-forming and used gratuitously, becoming ineffective. Don’t use effects for effects’ sake, use them sparingly to make a point or subtle exclamation.

The great thing about the internet is that it’s easy to learn just about anything, including video editing techniques. A bad side to the internet is that everybody is learning the same thing, including video editing techniques. Self-improvement is a good habit to have but straight out imitating others is not such a great habit. A video editor should be mindful of what they learn when watching tutorials. A carbon copy effect or graphic from an online tutorial can be spotted a mile away. Personal growth is accomplished by incorporating a technique learned from a tutorial and taking ownership of the finished result while making it wholly unique.

10. Attempting to use every shot

A video editor’s job is to edit, reduce, repurpose, rearrange and craft elements into a cohesive message. A bad habit that many young editors form is they like to paint the world. They want to use everything they’re given. If there’s a good shot, they make sure to include it in the final edit, even if it doesn’t fit with the overall message or takes away from the finished piece. This is where good videos go on to become extended pieces, with montages of unnecessary footage. Break the habit of painting the world by only using what’s needed, be selective and don’t feel the need to use something just because it looks good. 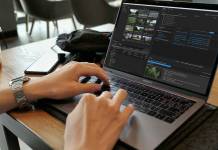