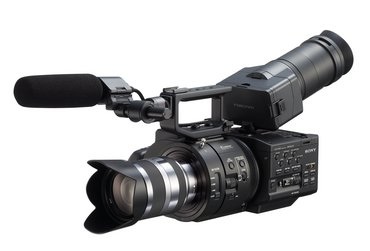 One of the best ways to learn any craft is to observe the masters. Filmmaker Philip Bloom is a master of videography. He takes the latest technological advances in camera gear and runs them through the test of an artist's eye.

Vivid imagery of real life scenarios is a trademark of Philip Bloom and he has shown his mastery again through his latest work with the Sony FS700. The Sony FS700 has a mixed reputation amongst videographers, the camera is awkward to use but is able to shoot incredibly rich footage at high frame rates. One of the knocks against the Sony FS700 was its previous lack of 4k video, a feature that was toted as coming soon. The day has arrived and the Sony FS700 is now capable of shooting 4k video.

The Sony FS700 gains 4k video capabilities through a firmware update. The process for updating the FS700 is telling of the differences between a consumer camera and a professional digital cinema camera. Owners have to pay for the FS700 firmware update and send the camera in. Much different than plugging a camera into a computer's USB port and running an app.

Philip Bloom saw the firmware update as an opportunity to push the capabilities of the FS700 and does so with one of his latest short films. On his blog, Bloom goes over the hardware details of what is required to make the FS700 shoot 4k video. It's an interesting read and shows the technically demanding requirements of shooting with higher resolution digital cinema cameras. One thing is clear through Bloom's latest film, sometimes the simplest displays of the human element are brought into focus through simple observation.