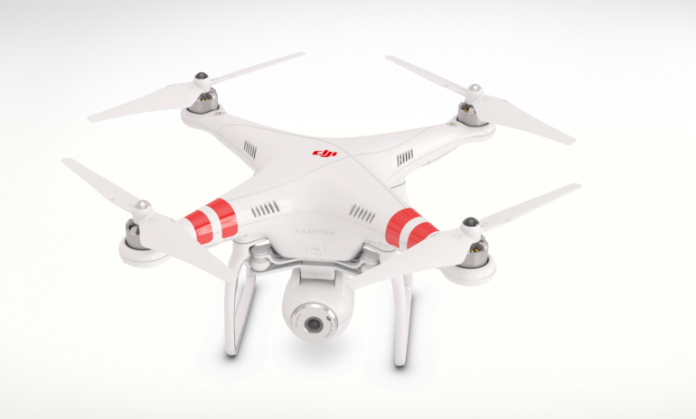 This past month, quadcopter pioneers DJI Innovations announced the follow up to its popular DJI Phantom with the release of the DJI Phantom 2 Vision. The quadcopter finds regular use among aerial videography enthusiasts.

The most common scenario involves the mounting of a light weight camera to the underbelly of a quadcopter for capturing aerial videography. DJI's Phantom became the quadcopter of choice for many aerial videographers because of its GoPro camera mount, as well as its size that helps to maintain a stable flight path.

One thing that made the DJI Phantom with a mounted GoPro camera tricky was the difficulty of being able to monitor the shot while flying the quadcopter. Without any third party peripherals, this wasn't possible and introduced a great deal of guess work into aerial videography.

The DJI Phantom 2 VIsion stands apart in that it has a built in camera that streams realtime video to the user's smartphone, allowing the quadcopter operator to monitor the video at the same time as they fly the Phantom 2.

The DJI Phantom 2 Vision is a 1160 gram quadcopter with an onboard camera capable of taking 14 megapixel still images and recording full HD 1080p video at 30 fps. The camera streams live video via Wi-Fi at distances up to 300 meters, giving the controller a first person view of their camera.

The included swappable battery for the Phantom 2 Vision allows for a 25 minute flight time. An interesting ability of the Phantom 2 involves it's live streaming capabilities, since it is streaming a feed to a mobile device, videos and photos can be uploaded to social media sites while the camera is in flight.

Aerial videography is taking off, real estate agents like to have aerial footage of high-end properties they're trying to sell, event videographers are giving their audiences new looks, and some people are soaring to new places.