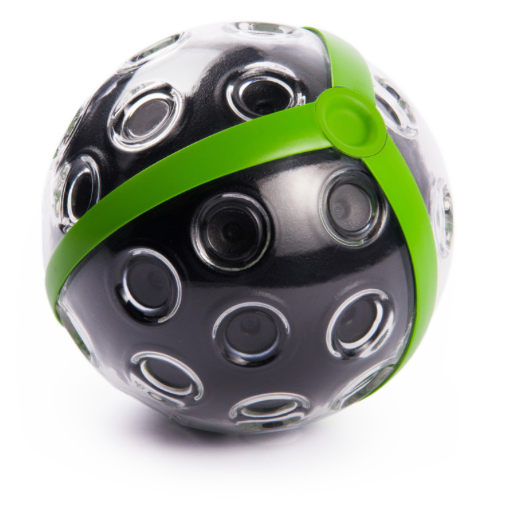 Cameras come in all shapes and sizes, accordingly, they serve a wide variety of purposes. It's easy to get caught up in the technical schemes and professional uses of cameras; so easy that we forget cameras are fun. They're one of the greatest inventions ever made for preserving memories, a picture or a video can instantly jog our brains and bring us back to a treasured moment of the past.

A simple rectangular block has served as the basic camera body for decades. In terms of fun, it's a suitable if not utilitarian design. The camera guts go inside, it sits on a shelf or rests in a pocket.  What if the basic camera was redesigned, re-imagined in a way to help the camera serve a new purpose? Jonas Pfeil has done just that with his Panono Camera.

What is the Panono Camera?

The Panono Camera is a panoramic camera that utilizes 36 internal cameras, arranged inside a throwable ball, to fire all at once. This captures a spherical image in which users can explore through the use of a mobile device. It only takes still images for now, but it isn't a stretch to picture in the foreseeable future a throwable ball camera that records video and is able to stabilize the footage. Imagine being able to explore a panoramic video scene through the use of a hand-held device.

Playing with technology, like Jonas Pfeil is doing, leads to advances in how we implement technology. Jonas Pfeil came up with the prototype for the Panono as part of his graduate education in engineering. Currently the Panono is a project on Indiegogo, so it's not in production but seeking funding while taking preorders. Go on… have a ball!