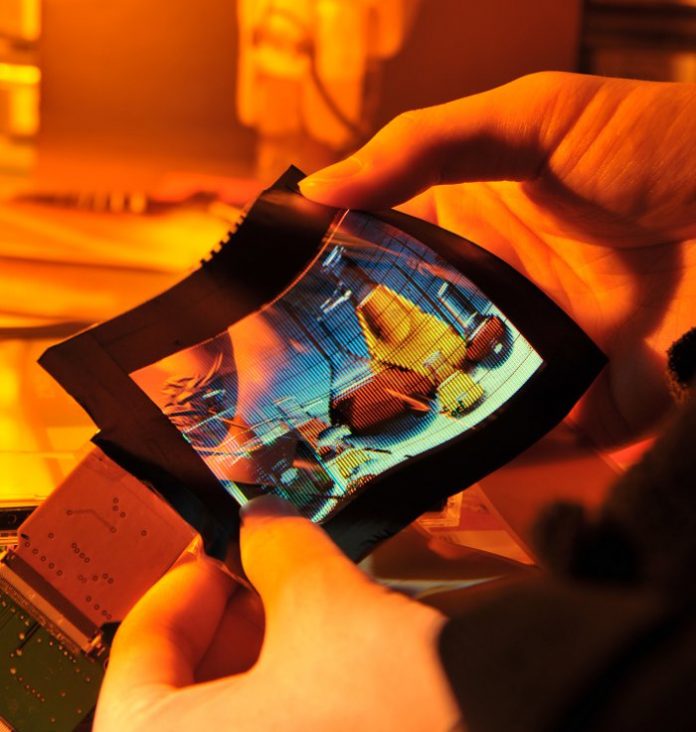 OLED screens are hailed as the next big thing in monitor technology. The bright color, low energy profile, and the small size and weight of OLED screens ( organic light-emitting diode) is ideal for video, and the screens are flexible.

The day that OLED screens become prevalent in video technology will be revolutionary. There are already OLED screens in some cameras, in particular some of the space saving mirrorless large sensor cameras, such as the Panasonic Lumix DMC-G6 and the Sony A7.

OLED displays will cut down on the size and weight of production monitors. Monitors and viewfinders will be more durable, ready to endure the most rugged field test. In the edit bay they'll produce vibrant images and require less power, which is a good thing since screen resolution is trending up.

The setback for the OLED revolution is the manufacturing process. Currently manufacturing techniques aren't able to consistently produce large volumes of OLED screens at an affordable cost. Manufacturer Kateeva believes they have solution that will change things.

The gap between consumer goods and technology is often widened by the manufacturing process. The technology exists, it's possible, but it comes at price that's extremely high. That's been the problem for OLED displays. The cost to manufacturer the screens outweighs what the average consumer is willing to pay for the technology.

If this technology develops and catches on, there will be a change in the monitors used on set and in the edit bay in the future.