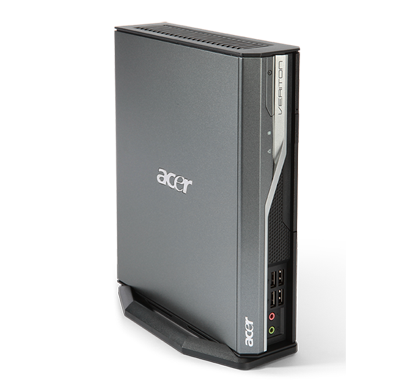 Video editing is done on computers of all shapes and sizes. Today's processors, even mobile ones. are capable of handling a wide array of video editing tasks. There are situations that require the highest end computer systems available, such as when a video editor is working with multiple live streams of 4K footage and applying multiple effects. However, the typical video editor is still working with compressed HD footage and higher end processors handle this with ease in almost any computer system configuration.

The question always comes in, "How much should I expect to pay for a computer that will allow me to do video editing?" The answer is you shouldn't have to pay too much. Today's technology is highly capable and comparatively affordable. Standard video editing doesn't require a monster budget and today's software allows a video editor to accomplish a lot on a small budget.

The Acer Veriton desktops come with a modular tool-less chassis allowing easy access for maintenance purposes. They are available as expandable minitowers and in a compact form factor to save space. The Veriton desktops are dual loaded with Windows 8 Pro and Windows 7 Professional operating systems.

The design of the Acer Veriton models is built for government agencies, offices, and schools. The included maintenance and security features make it a reliable and serviceable solution for multi-desktop environments. An educational computer lab that's teaching basic video editing could benefit from these models.

Prices for the Acer Veriton desktops starts at $449, making it a reasonably priced solution for a beginning video editor.