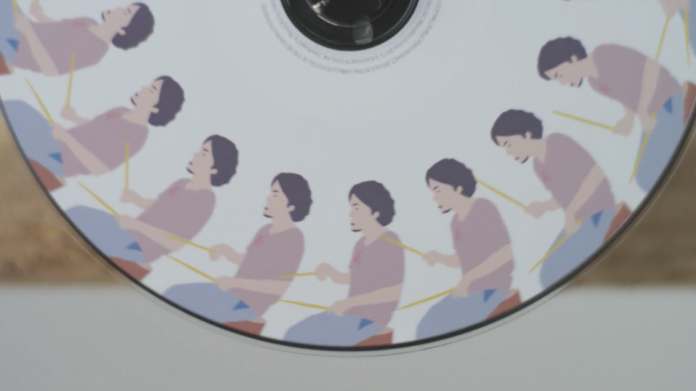 There's a trend in the animation world right now in which the analog techniques of traditional animation are being combined with digital filmmaking to create a new aesthetic style. The results of this movement are some of the most intriguing short films being made today.

In some ways this is a reaction to the abundance of digital animation that is now common place, but it's also due to the creative community embracing hand crafted art, something that traditional animation speaks directly to. Traditional animation involves the hand painting of individual frames that, when played in sequence, create a moving image. Digital animation helps the animator by filling in many of the "tweens", the frames between the keyframes selected or created by the animator.

One thing that makes traditional animation unique is the ways in which it is presented. Animators were crafting moving images before film was readily available. They utilized different devices to display their animations. One of these devices was the phenakistoscope which utilized spinning discs. The outer circumference of the disc would have multiple images painted around it, each one being a separate "frame" of the overall animated image. Between each image was a narrow slit. The person using a phenakistoscope would place the disc on the phenakistoscope, while holding its handle, and spin the disc with the disc facing away from the viewer. The viewer would then look through the slits  into a mirror, as the disc spun. As a result they would see the animated sequence because of a principle known as the persistence of vision.

Traditional Animation Meets the Digital World in Life is Music

The music video for the song Life is Music animates a series of images using the animation technique found in the phenakistoscope. The animators placed their animated images on individual CDs. Instead of using a slit and mirror as the phenakistoscope does, they used the frame rate of their digital cameras to produce the persistence of vision effect and animate their images on the spinning discs. It's an amazing display of traditional animation techniques brought to life through digital filmmaking techniques.