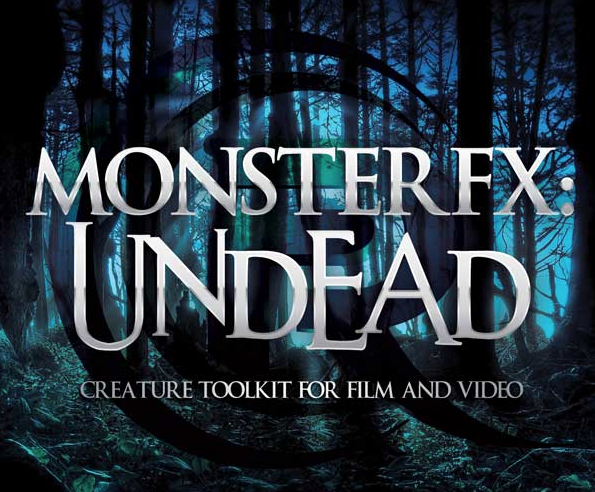 You never know where the undead might show up. A zombie could slither out from that old barn you're shooting in, or one might pop out from behind a tree in the woods. October 13th marks the return of The Walking Dead to television with Season 4 on AMC. The zombie outbreak is back just in time for Halloween. In a bizarre way, there's something fun about the horrifying hordes of pale skinned walkers. Creating your own horror film for Halloween is an entertaining endeavor; one that would be even more fun if you had the tools to do zombie makeup like on The Walking Dead. Rampant Design Tools, makers of royalty-free stock elements and visual effects, recently released MonsterFX: Undead to help editors and visual effects artists create zombies when there is no zombie makeup available.

MonsterFX: Undead is virtual true zombie makeup, there's no need to lather latex on your friends, it's a stock library of textures and elements designed for visual effects artists to create zombies in post-production. The library is delivered as a series of Adobe Photoshop files, containing 575 zombie body parts, including: eyes, brow, cheeks, chins, ears, lips, mouths, noses, teeth, wounds and skin textures. The size of the individual elements and textures range from 2000 pixels to 5000 pixels, making them large enough to use not only in HD video, but in 4k and print resolution documents as well. The library is available for download and weighs in at a massive size of 20.2.GB

Making a zombie film, or even a clip for that matter, is a lot of fun and a lot of work. MonsterFX: Undead does require some advanced visual effects skills, though. Whereas zombie makeup requires the artistry of painting and sculpting, MonsterFX requires the visual effects skills of masking, tracking, and compositing. You will wake the undead if you are well versed in Adobe After Effects or Nuke and use MonsterFX: Undead.