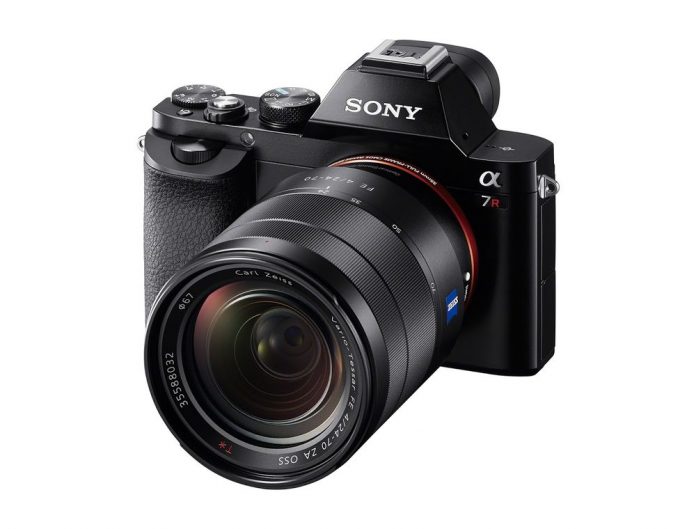 Mirrorless cameras are on the rise and finding their place in the video tool bag. DSLR cameras have established themselves as tools for video, their large-sized sensors and interchangeable lenses create a cinematic look for a considerably low price. The difference between DSLR cameras and mirrorless cameras is in the optical path from the front of the lens to the camera's image sensor.

The optical system of a mirrorlesss camera allows for the camera body to be smaller and moves the lens closer to the imaging sensor, also allowing the size of high quality lenses to be smaller than their DSLR counterparts. This translates to a smaller and more portable camera system for people who want to take high quality pictures and record cinematic style video.

Sony announced today the latest editon to its alpha series. The Sony a7 and Sony a7R are the world's first full-frame mirrorless cameras with interchangeable lenses. These are the smallest and lightest full-frame interchangeable lens cameras available, coming in at half the size and weight of a typical DSLR. Both cameras utilize Sony E mount lenses, which were also updated with the introduction of five new full-frame lenses.

In terms of video, these new mirrorless cameras pack a punch in a small package. Both cameras are capable of outputting full uncompressed HD at 24p/60i/60p through HDMI for external recording and monitoring. Users are able to record in-camera using the AVCHD codec. Files can also be recorded using an MP4 compression, making it easier to transfer files and upload them to the web. External microphones can be used to record audio through a mini-jack microphone input.

The Sony a7 is targeted as a camera for entry into the world of full-frame photography. The Sony a7R is aimed at professionals and skilled enthusiasts. The price of the Sony a7 will be approximately $1700 for the camera body only and the Sony a7R will sell for approximately $2300, body only. It will be interesting to see how the Sony a7 and a7R are embraced as portable high-end video solutions. Both cameras should be available in December.

Along with the addition of the Sony a7 and a7R is Sony's announcement of the DSC-RX10, a fixed lens full-frame mirrorless camera. The Carl Zeiss branded 24-200mm (35mm equivalent) F2.8 lens provides a great range for the shooter. The Sony RX10 is capable of full HD at 60p/24p frame rates. It's compatible with the Sony XLE-K1M adapter, allowing the user to record with external microphones that use balanced XLR output. The estimated price for the Sony DSC-RX10 is $1300 and will be available in November.