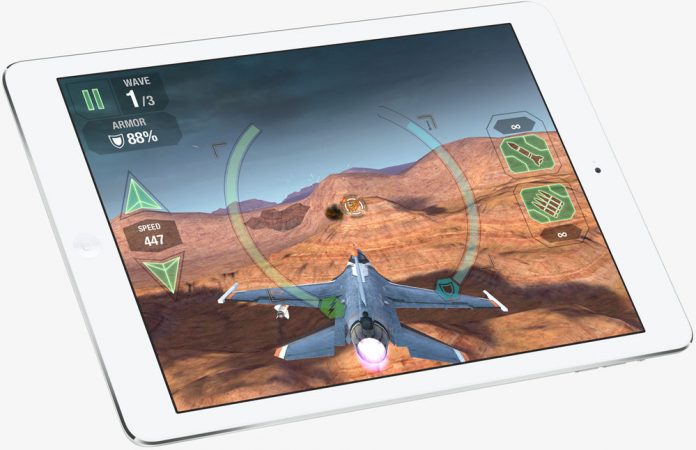 Apple’s first iPad was released on April 3, 2010, and while it became an instant hit with the general public, the new tablet was not really of interest to mobile filmmakers because it didn’t feature a camera.

Although the iPad 2 is still Apple’s mostly widely used tablet and we began to see video content being produced on it, things didn’t really get interesting for us until the third and fourth generation iPads, along with the introduction of the iPad Mini at the end of 2012.

Tracking back, the iPad 4 made the leap in camera spec from 0.7MP in previous iPads to a 5 mega-pixel and the ability to shoot in 1080p at up to 30 fps, with the front facing camera recording VGA quality also at 30fps. The iPad Mini carries a 5MP camera.

To see a great example of a short film shot on an iPad check out Simeon Boyle’s award-winning Leaving Houston on Vimeo.

Today’s Apple Special Event held at the San Francisco's Yerba Buena Centre in California raised the bar further in the tablet market with the announcement of a fifth generation ‘iPad Air’ and an update to the iPad Mini, featuring a lot of the same spec as the Air.

The good news for video filmmakers using or either thinking of using the new iPad Air to shoot video on, is that it features a 5-megapixel iSight camera and FaceTime HD front-facing camera with a 9.7-inch Retina Display and 2048 x 1536 pixel resolution, which is same as the iPad 4.

Apple’s own 64-bit A7 processor and M7 motion co-processor that was launched in the iPhone 5S, is also included making it faster and more efficient to shoot, save and render your videos.

You will hardly notice the iPad Air in your bag as it weighs an incredible 1.0 pound (just under 0.5kgs) and Apple claims it is 20 percent thinner than its predecessor, the iPad 4.

In what is effectively the first major redesign of the iPad since the 2 version, Apple says that apart from the new look with a smaller bezel, it is eight times faster and has 72 times better graphics performance than its previous processor.

Another notable and useful feature for those of us who use iPads to record video is that Apple claims battery life on the new tablet will last up to 10 hours.

A Word from the Pros

Goldstein, an accomplished and experienced film and TV director and producer who runs the website HandHeldHollywood.com, has also written a handy guide to filming on iPhones and iPads if you want to find out more about working with these devices.

He told Videomaker: "The iPad has become an essential part of my filmmaking arsenal. When I'm not using it to block action or rewrite a scene, I'm using it as a teleprompter, green screen meter, and sometimes even a camera. In 20 years as a director, I've never used a more versatile, more powerful, or more valuable filmmaking tool!"

One of the great features on the iPad is the ability to edit your film on the fly with a couple of editing apps. The first is Pinacle, owned by Avid, which many of you will know already, see a review of the app here. Apple’s own iMovie for iPad may not be of the same professional standard but it also does a great job.

Goldstein says his latest project, a documentary called Spinning Plates, is due out this Friday, and “yes, my iPad played a central role during every step of production.”