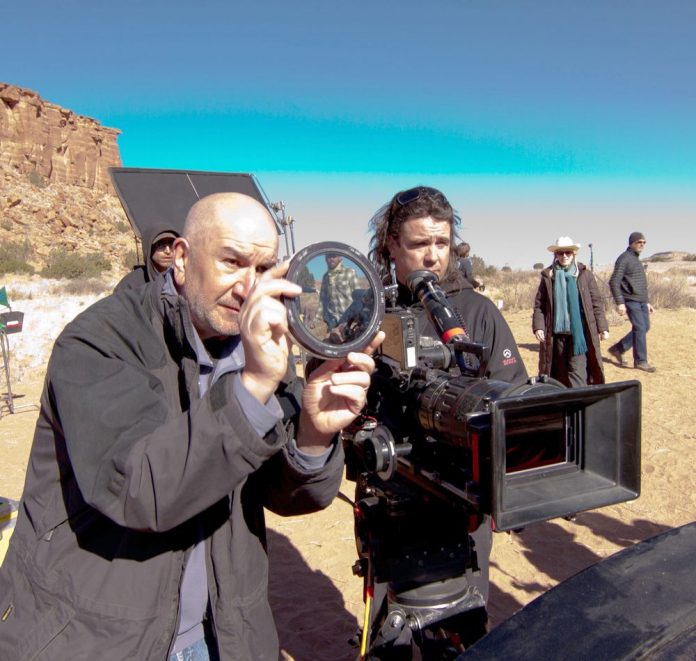 Television was once known as the “small screen.” It lacked the cinematic punch and emotional draw of its big brother, the feature film. This was partly due to technology and partly due to budgets and business models. That’s no longer the case, some of the most beautiful cinematic work and emotionally rich stories are being told on television. One of the most cinematic television series of all time, AMC’s Breaking Bad, wrapped up with its final episode this past Sunday night.

The man responsible for the iconic look of Breaking Bad is Director of Photography, Michael Slovis. Slovis joined Breaking Bad during it’s second season. He was nominated four times for an Emmy during his four seasons with the show. Slovis began refining his craft in the acclaimed photography program at the Rochester Institute of Technology, graduating in 1976. (Tiger hockey rules!) He continued on, breaking into episodic television with the series Ed in 2000. In 2006 Slovis’ work on CSI: Crime Scene Investigations won the Primetime Emmy for Outstanding Cinematography for a Single-Camera Series. The Huffington Post ran an excellent interview with Slovis regarding his work on Breaking Bad. It’s a good read and gets into the mind of a cinematographer and how he uses his craft for storytelling.

What we can learn from Breaking Bad

Outside of the show’s narrative there are some lessons to be learned about crafting the moving image. First, patience is necessary. Slovis has been honing his craft for close to forty years. It’s a lifelong pursuit. Even with previous accolades, he continues to work and develop his style.

Secondly, realism can be a good thing. Breaking Bad wasn’t known for flashy appeal, over the top dramatic lighting, and surreal blown out colors. The visuals were stunning because they felt like a real interpretation of the setting in which they lived.

Third, a lot of thought can go into setting up a simple shot. Any fan of Breaking Bad will tell you that there was a thematic use of composition throughout the show. Repeatedly, characters and subjects were positioned within the frame to help tell the story. The use of the same positioning and blocking within different contexts established a visual language for the show. Viewers understood what was happening simply by the way one of the characters appeared on screen.