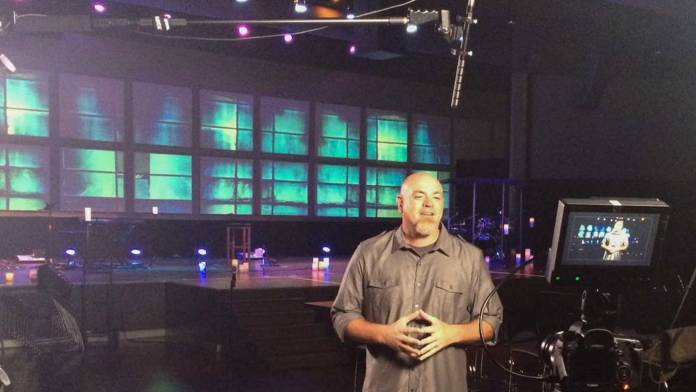 Every video producer wears many hats. Because of this, if we aren’t careful, we can lose a lot of time dealing with distractions and inefficiencies during our shoots. Since time is money, all that wasted time adds up to lost revenue, and that will never do. To combat this terrible tendency, before we uncap our camera, we need to be vigilant to identify and deter any potential problems in our production processes. In this entry, we’ll uncover 5 time-saving tips to help you run your shoots most efficiently.

1) Mic a position, not the person

A lavaliere mic is an excellent tool for recording great audio during most scenes, but attaching a lav microphone to your talent can be time consuming and inconvenient, and it isn’t always absolutely necessary. If you’ll be shooting multiple interview subjects, for instance, it may not be worthwhile to take time to run the mic inside their clothing. In certain situations you can save a lot of time by miking a position instead of a person. Do this by setting a C-stand over the head of your subject and attaching a shotgun mic to your camera that is positioned just outside the frame.

The process of lighting your set and running through your camera setup, including adjusting the height of your tripod and setting white balance, can take a long time. Regardless of how many scenes you shoot, you can be much more efficient on the set if you get all of your preliminary positioning done before your talent arrives. The best way to do this is to use a friend or production assistant as a stand-in. You can walk through the main points of some scenes, and get an approximate sense of your camera, lighting, and audio setup.  When the subject arrives, you can make small adjustments to dial everything in, and you start rolling in just a few minutes.

3) Group and Shoot Shots by Setup

If you are shooting a series of scenes that require multiple setups, you may find that you can save a boatload of time by shooting your segments out of sequence. For instance, I produce a green screen-based children’s program called Lil’ K where we shoot batches of five episodes at a time. Each episode has five or six camera setups. In this situation, I have discovered that I can greatly reduce shoot time and increase efficiencies by shooting scenes for all five episodes at the same time based on the setup. This requires some organizational skills, and a good eye for continuity, but I have found that this approach to shooting can be a highly effective time saver.

Charlie Burket, an independent producer in Central Florida, recommends that you pack your kit the same way every time before and after the shoot. “This way everything can be found without thought when your mind is working on something else on set. I always get asked by people around the shoot if they can help me pack and I always tell them no, because there is a specific way things need to get put away. To break that habit would be disastrous. There’s always an occasion where I have to pack up quickly and I find that if I take a break from this habit, it always comes back to bite me eventually.” There is an art to packing for a shoot. Spend the time and have a pack plan.
One of the biggest time wasters on the set is searching for something you can’t find. You can burn a lot of time looking for a clamp, gel, glove or mic cable that you know you packed but just can’t locate. This lack of organization causes an even bigger problem by taking your mind off the production, where it should be. By having a place for every item and every item in its place, you can find what you need fast so you can stay focused on your task.

Yes, this sounds like a simple one, but it does not go without saying. If you’ve ever shot a string of takes trying to get a keeper, only to have your one good read ruined by an untimely text, you know why this one is worth mentioning. In reality, merely silencing cell phones may not be enough anymore. The bigger problem nowadays is the distraction that cell phones present to your set, even when they are kept quiet. When anyone on the crew is answering email or typing a text distraction has already done its damage. Instead of a silenced cell rule, you might instead make your set a cell-free zone altogether.
Chuck Peters is a 3-time Emmy Award winning producer, writer and host. He is an independent producer and media consultant in Nashville, TN.