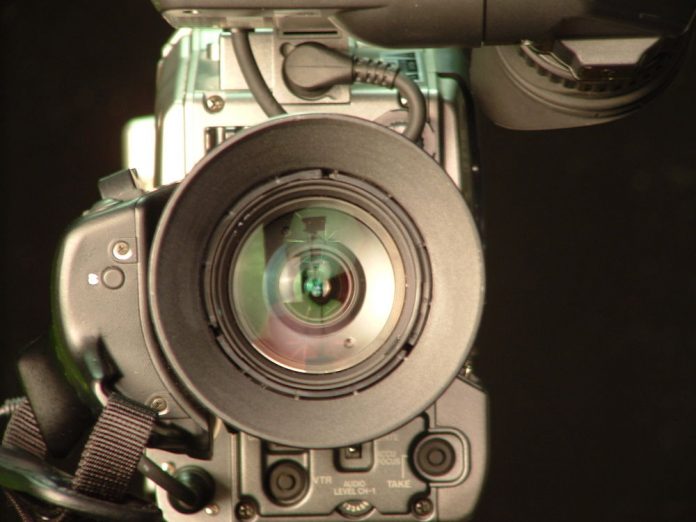 The zoom control is probably one of the first buttons you pushed when you picked up your brand new camcorder. After all, it’s mounted in a prominent spot on the camera, right there where your finger rests. It wants to be pushed. So, we hit record and we start zooming. We zoom in to get closer to the action where we can see distant details. We zoom out to show more of the scene, then we zoom in again to show something else. And we do all of this zooming without ever stopping to consider that the habit might be making our videos worse, not better.I for one, believe that if you want to produce videos that look more like the high end productions you see on TV, it’s time to stop zooming. Not convinced? Here are 5 reasons you should stop zooming and never start again.

One of the most compelling reasons to stop zooming is that serious television producers stopped doing it years ago. Here’s an exercise to try. Next time you turn on your TV, watch closely and count the number of zooms you see. Unless you are watching reruns from the 60s, 70s or 80s, (or poorly produced local programs), you could watch for a week without seeing one. Why? One reason is that many of today’s television shows are shot like films, using cameras with fixed focal length prime lenses that do not zoom. The result is a cinematic aesthetic that sets the stuff we see in movies and on upscale television series apart from most video productions. In the 70s there were zooms all over television, but they went out of vogue with sideburns and bell bottoms. If the best producers in the business aren’t zooming, you shouldn’t either.

2. Zooms do not exist in the natural world.

From a scientific and psychological point of view, the act of zooming is unnatural, and therefore, awkward. If you want to see an object more closely in real life, you have two options. You could choose to look through a magnifying lens (like a telescope, or a pair of binoculars), and sometimes we do this to see things that are at a great distance, but 99.9% of the time, when you want to see something up close, you simply get up and move physically closer to the object. Close ups in the real world aren’t about zooming your eyes, they’re about moving your feet. This necessitates a change in perspective, which adds interest. The sensation of moving through an environment feels very natural, whereas zooming from a fixed position feels odd.

3. Zooms draw undue attention to themselves.

One of the central rules of video says that anything that draws the viewer’s attention away from the content and onto the production is a mistake. In order to maintain the illusion of reality, our cameras need to stay candid. Zooms are highly conspicuous. You can’t miss them. As soon as the camera starts zooming, the viewer begins wondering where the zoom is going to go. Some camcorders add an additional level of disruption because they have noisy zoom motors whose telltale whirring becomes embedded in the soundtrack. Zooms demand attention, and that makes them a poor production choice.

4. Zooms can be tricky and sticky.

If you are going to perform any camera move it is absolutely essential that you make it super subtle and as smooth as silk. While many camcorders offer variable speed zoom controls, actually facilitating a good zoom can be tricky. It takes a steady finger to create a zoom with smooth starts and stops, and without jerky speed changes or unintended sticks and stops mid way through the move. If you can’t do it perfect, cut it out.

5. Zooms are the hallmark of bad home video.

Stereotypical home videos are chaotic and messy and nauseating. They are notoriously horrible, and this is true at least partially because they are chock full of haphazard zooms. As a producer who is committed to quality, home video is the very last thing that you ever want anyone to think of when they watch your work. As such, you should make every effort to make your edits the absolute antithesis of amateur.

The good news is that there is an incredibly inexpensive technique that you can employ immediately that is guaranteed to make your productions look more like the big budget pieces the pros produce: simply stop zooming. That doesn’t mean you should never use your zoom control, just that you should not record your zooms and showcase them in your edits. Instead, use your zoom as a tool to adjust framing and compose a scene, then take your finger off the toggle, and record the shot. After you stop recording, use the zoom to help compose your next shot before you roll again. Instead of shooting one long shot that zooms from wide angle to telephoto, shoot the scene as a two-shot sequence; first showing the wide shot, then cutting to the carefully composed close up. The scene will play much more professionally without taking the time required to show the whole zoom.

When you commit to shooting your videos without zooming, you will become a far more active shooter, positioning and repositioning your camera for each shot, and you’ll find that your footage immediately looks much more interesting. So take your finger off that zoom control and lace up your sneakers. Who knows, you might discover that less is more after all.

Chuck Peters is a 3-time Emmy award winning writer, producer and host. He is an independent producer and media consultant in Nashville, TN.