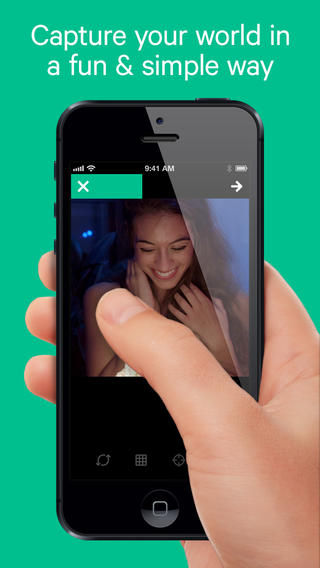 When Vine was released just 7 months ago, many thought that it would be a six second flash in the pan. Now with more than 40 million users, people are starting to take notice of this new video platform. Video creators are taking the limitation of a recording six second video on a camera phone and turning that it into an art form.

After searching through thousands of videos, I was able to find 10 of the best videos on Vine.

Have you ever wanted your laptop to be more portable? Vine user yelldesign has found a way. In this Vine he folds his Macbook into an iPhone (Jetsons style). I must not be doing it right because I tried to do the same thing with my laptop, and… let’s just say I need a new laptop.

[image:blog_post:34235]2. Put your Finger on the Screen and Wiggle it Again by Brittlstar

Brittlestar has made a name for himself on Vine by making interactive videos. In this Vine, he calls for users to put their finger in front of the screen and wiggle it to give the illusion that they are effecting the video in a fun way.

Nelcam is a master of match editing on Vine. He makes videos that simplify normal tasks such as putting on your shoes or tearing paper towels. Here, he goes through the different steps it takes to make gluten free cupcakes. It’s great because the edits are so seamless that he makes cooking look simple.

[image:blog_post:34237]4. What happens When you Scare Spider-Man by Marcus Johnson

One of the many trends on Vine is #ScareCam. On scare cam, users record themselves scaring people. In this Vine we see what happens when someone scares our friendly neighborhood Spider-Man. This is amazing because it makes you wonder how he pulled off the web effect. Seriously, how?

I’ve always been amazed by stop motion animation and those who are able to take the time to make it happen. Artist Pinot found a way to make the simple task of turning a page into a looping work of art. https://vine.co/v/hOLtaMKr0aw/embed

In another stop motion animation video, MrChronoice animates the classic arcade game Donkey Kong. The most impressive thing about this Vine, besides the intricacies and attention to detail, is that he defeated a level of Donkey Kong in six seconds.

YouTuber DeStorm is one of the many comedic personalities on Vine. In this video he’s talking to his friend Curtis about how aliens don’t exist, when he unexpectedly gets abducted! This video is as well set up as it is entertaining.

Big brands like General Electric have taken notice of Vine. This video is from their #6secondScienceFair contest where they had people submit Vines conveying a scientific principle. Water + Yeast +Sugar = Inflated Balloon.

When recording on a camera phone, you have to get creative when you don't have access to an external video editor. Using the forced perspective camera technique, Vine user Xavi Dominguez experiences divine intervention while trying to get work done.

Ian Padgham is my favorite Vine artist. His meticulous pre-planning and imagination make for the best videos. While on a trip in London, he noticed that the Big Ben clock was running late, so he fixed it.

[image:blog_post:34246]There you have it, 10 of the best videos on Vine.  I hope these videos inspire you to be one of the next users to make something amazing in six seconds. Have a favorite? Share it with us here. Have you made a great Vine? Share that in the comments, too. We look forward to seeing your work.

Ricky Anderson II has been making online videos since 2006. He is a writer, comedian, and video editor residing in Fort Worth,TX