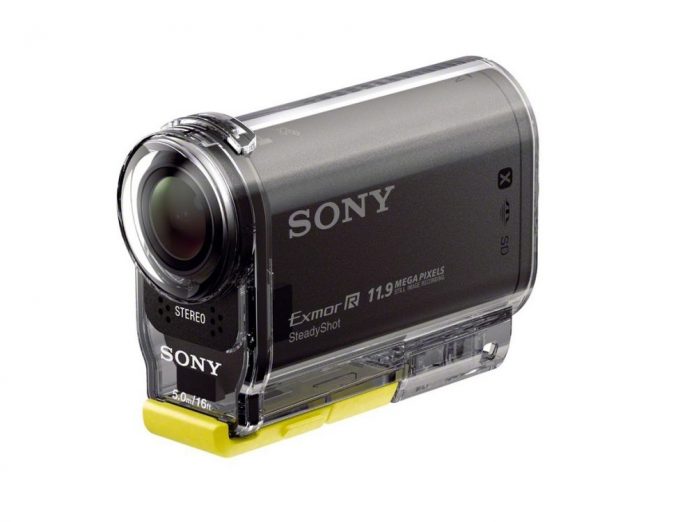 The new wearable HDR-AS30V point-of-view video camera is designed to film adventures in full HD 1080p. It weights approximately three ounces (with battery) and ships with a ruggedized, waterproof housing. It has a GPS on board and can capture 11.9 megapixels still photos in addition to its Interval Still Recording mode for time lapsed photography.

Some of the innovative features include a built in Wi-Fi that allows users to share their action cam content to a smartphone or tablet (using Sony’s Free PlayMemories Mobile) and also allows control of the camera with any compatible device. In addition Sony offers a wide range of mounting attachments to suit all types of activities.

The new HDR-AS30V point-of-view video camera from Sony will be available in late September for a suggested retail price of $299.99, while the current HDR-AS15 model will be offered at a reduced price of $199.99. These cameras and their accessories will be sold at http://store.sony.com,