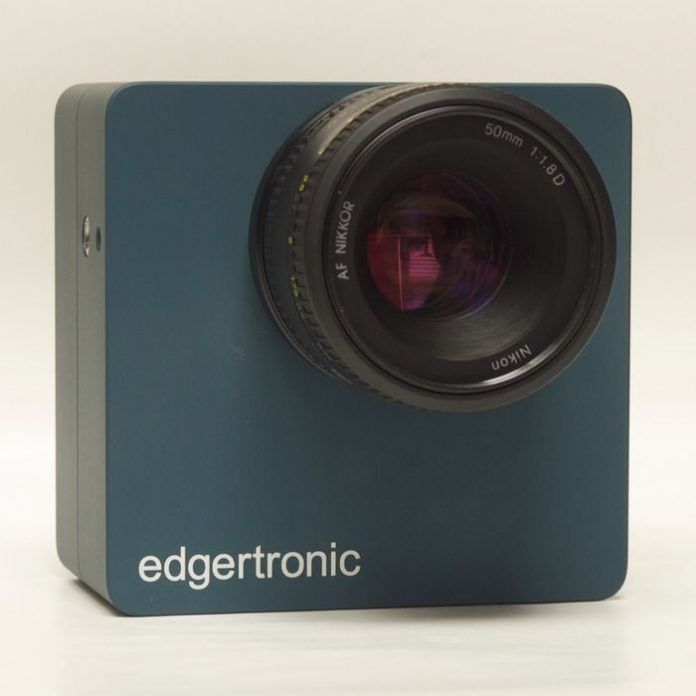 Engineers Mike Matter and Juan Pineda have taken to Kickstarter in hopes of bringing affordable high-speed video to the masses, citing "big budget shows on the Discovery Channel" as a target for the video quality they hope to achieve.

Okay, let's get this out of the way, first and foremost; that's 17,791 fps at 192×96. Not exactly cinematic. While cameras like the Phantom Flex take some seriously world-class footage for those who can afford them, there are only a few cameras under $10,000 on the market. One is the Sony FS700, which shoots up to 960fps, and the JVC GC-PX100, which shoots up to 600fps. All three have their strengths and weaknesses. The Edgertronic's weakness, in our opinion, is the resolution and the aspect ratio. Even at the highest resolution, the Edgertronic only captures footage at 1280×1024; essentially 4:3. With a frame rate of 494 frames, however, is it worth limited pixel count?

One very cool feature is the camera's ability to cache footage for up to eight seconds. What this essentially means is that if shooters want to capture something unpredictable, like a bolt of lighting or a breaching shark, the event can be captured as long as the shooter can hit record at least eight seconds after the action begins.

At a price point under $5,000 (we're guessing $4,999), the Edgertronic probably won't be for everyone, but for those needing ultra-slow motion, it's worth taking a look.

To read more about the Edgertronic, watch the sample videos below and be sure to check out their Kickstarter campaign.