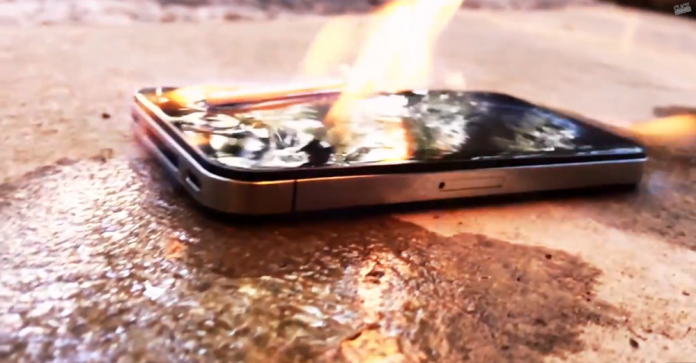 It’s amazing what gets packed into these little bricks we carry around in our pockets: cellular connectivity, wifi transmission, massive data storage, high powered processors, 3D gaming, and enough productivity apps to prevent anyone from getting anything done. Let’s be honest, they might be called phones, but they’re really cameras with a lot of fancy features.

Apple recently released it’s latest flagship phone, the iPhone 5s. Recent versions of the iPhone have possessed fairly impressive video technology for a phone of it’s size. The iPhone 5s builds on this tradition with a camera that is capable of creating some stunning work, much of it coming from the video side. The iSight camera built into the iPhone 5s is capable of shooting 1080p video.

The new feature that’s grabbing a lot of attention is the ability of the iPhone 5s to shoot true slow motion. At 720p, the iPhone 5s is able to shoot at 120 frames per second.  The video can play back in real time but the user is able to select what portions of their video clip they want to set into slow motion, at 25% of real time. The slow motion playback is stunning, the high frame rate allows this to happen without any subframe interpolation. It’s smooth, clean, and something that will provide a lot of fun. Life at quarter speed will give us some new perspectives on how things move.

The best way to learn about this feature is by seeing it first hand. The internet is filled with videos of people unboxing their new phones. Often this strikes up a debate, Android fans on one side and Apple fans on the other. Here’s a video that both sides should love. It’s the slow motion destruction of several iPhones, beautifully shot with an iPhone 5s.