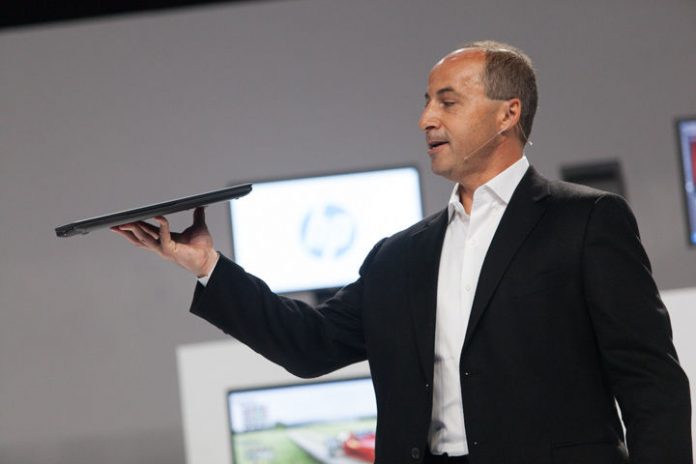 We got a sneak peek at these beauties when they made the announcement in New York City. The new portfolio includes three new HP ZBook Mobile Workstations (including an Ultrabook,) processor and graphics enhancements to the HP Z Desktop Workstations, and two new HP Z Displays.

Designed for the professional that requires mobility, the new ZBook 14, 15, and 17 feature 4th Generation Intel Haswell dual- and quad-core processor options, and next-generation graphics technologies from NVIDIA (15 & 17) and AMD (14), including the newly announced Keplar-based professional graphics from NVIDIA.  HP’s DreamColor display is available as an option for those who require precise color accuracy.

[image:blog_post:34297]The ZBook 15 and 17 both feature a Thunderbolt port (as well as three USB 3.0 ports,) allowing for blazing fast connections to large external drives and devices. This will give you the ability to use PCI Express peripherals which can be mounted on an external chassis. Gary Adcock, from Studio 37 states, “that’s the power of Thunderbolt, that’s what Thunderbolt brings to the table. It’s no longer just a bus technology… it’s bringing the power of the desktop to mobile workstations.”

In an impressive demo, 4K footage was fed from a Canon C500 via SDI into an AJA Thunderbolt converter, then into the ZBook 17 which played back the footage in real time using a demo application from Nvidia.

The ZBook 14 is “the world’s first workstation ultrabook”  for those who need extreme portability that packs a punch.  No Thunderbolt port on this model, but it comes in at 3.57 lbs. and just .83 inches thick.

The HP ZBook Mobile Workstations all feature innovative tool-free chassis for easy upgrades and serviceability. As Jimmy Holbert, worldwide category lead for Mobile Workstations in HP’s Commercial Solutions Business Unit, puts it, “to be a workstation class product it has to have tool free serviceability, meaning that I, as a user can go in there, upgrade my memory, swap out a hard drive… and I can do that very easily by sliding off the bottom removable panel and accessing that tool free.”

If the announcement of the new ZBook line doesn’t get you excited, HP also announced that the Z420, Z620, and Z820 Workstations have been updated to include the latest Intel Xeon E5-1600v2 and E5-2600v2 families of processors.  Jim Zafarana, vice president and general manager of the Commercial Solutions and PC Global Business Unit stated, “we’re announcing today, the support of intel ivy bridge core processors.  The core count in these processors increases by 50 percent, from 8-12 cores per processor.”

Jim also demonstrated improvements in the RAM as well. “We’re announcing faster memory support in our desktop workstations. We’ll be supporting 1866 megahertz RAM, which is about 16 percent faster than what we’re shipping today.”

These updated workstations also get a huge boost in the I/O department. According to Ron Rogers, vice president of the Commercial Solutions Product Development and Business PC Solutions, HP is "going to have the Thunderbolt 2 on our desktop workstations with speeds up to 20Gb per second… We’ve actually measured real peripherals that are doing 1.4 Gb per second transfer rates and I’m sure over time that will improve.”  The Z820 is a hot rod offering up to 24 processing cores, up to 512 GB of ECC memory, up to 15 TB of high-speed storage, and up to two NVIDIA K6000 graphics cards.

Current owners of the Z Workstation line need not despair, as Jim Zafarana also announced that HP has "collaborated with Intel to design and bring to market Thunderbolt add-in cards for our Z4, 6, and 8 platforms.”

Rounding out the announcements, two new Z Displays were showcased. The Z27i and Z30i monitors are bigger, sleeker, and more energy efficient than ever before. In their own words, “built with IPS Gen 2 panels, the HP Z27i 27-inch and Z30i 30 inch IPS Displays deliver power savings over first generation IPS technology and extra-wide viewing angles that foster collaboration.”

What Does it All Mean?

Two things were made perfectly clear during the set of announcements. First, HP is committed to providing professional grade systems to those who demand them. And second, they have embraced Thunderbolt as the go-to port for creating I/O solutions that provide new options to the end user.  Jeff Wood simply stated, “we’ve got the secret sauce for media and entertainment.” He just might be right.