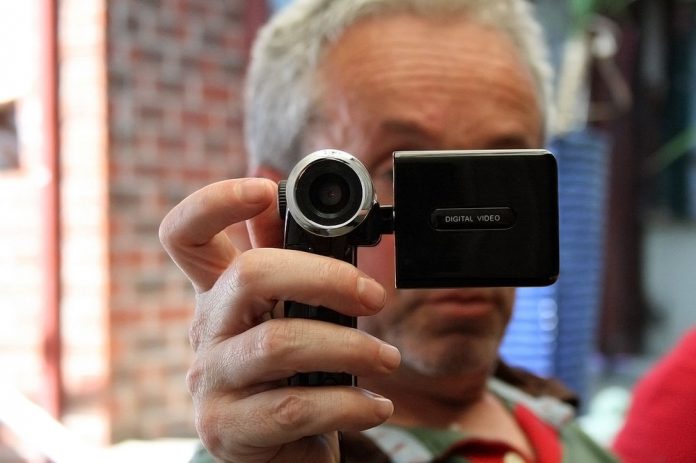 There’s more to making great video than owning the latest and greatest equipment. Don’t let your lack of resources stop you. You can produce amazing video with a simple point and shoot camera. Don’t believe me? Here are five tips to help you shoot high quality video with a point-and-shoot camera.

1. The Brighter the Better

One of the biggest differences between your consumer point-and-shoot model and a professional camera is the way it handles low light. Since there is no way to manually adjust their aperture, little pocket cams produce the best looking images when they are used in bright, evenly-lit environments. This often means shooting outdoors in the daytime, but these little guys also do a nice job on a subject that is lit with video lighting in a controlled setting. Since you cannot make adjustments in the camera, the secret is to take control of the setup to create a good looking shot in front of the camera. Lighting is the absolute biggest difference between professional and amateur video. Spend some time learning the principles of three point lighting, and put them to practice. A little attention to lighting can make up for an inexpensive camera.

The small physical size of point-and-shoot camcorders, combined with tiny lenses and enhanced digital zoom features, causes these cameras to shoot video that is far more shaky and jittery than larger, more weighty camcorders. The shaky, jittery-look immediately signals to viewers that they are watching bad home video. The secret here is to be aware of this tendency, and to take every measure you can to shoot steady shots. If you camera can be mounted to a tripod, use one. Mounting your tiny camera to a tripod alone is not enough. The trick to shooting stable tripod footage with your mini-cam is to set up your shot, lock down the tripod and then take your hands off the camera as you record. Even without a tripod, you can get better footage by not touching your camera as you shoot. A beanbag is a great option for creating a solid shooting platform. You’ll even find that a bag of rice or beans works well. Drop the bag on a tabletop, wall, or bench, then set your camera on the sack.

One of the biggest problems with small cameras is that they are small. Palm-sized cameras are typically held in one hand and are rotated with the twist of the wrist. The tight turns and tilts that are generated by wrist movements give away the fact that the camera is diminutive and make the footage feel amateurish. All it takes to eliminate this is awareness. Make a conscious choice to not move your camera by twisting your wrist. Instead, lock your wrist, wear a wrist brace if necessary, and move your camera by rotating your hips, not your hand. This creates larger moves that emulates the look of a camcorder that is large enough to rest on your shoulder.

Clean, clear audio is a major part of professional video. Unfortunately, most point-and-shoot camcorders do a poor job of recording usable audio through their built-in microphones, and do not have microphone jacks to allow you to plug in an external mic. The best solution here is to record any important audio through a separate audio recorder, then re-sync the sound in the edit bay. Devices like the Roland R-26 or the Tascam DR-100MKII Handheld Audio Recorder are excellent tools for this type of job, but any audio recorder that will accept a microphone input will work.

While most people quickly think of the disadvantages of shooting with small consumer camcorders, there are also some advantages. Because these cameras are small, you can put them into creative positions to get shots that professional models could never get. Try putting your camera inside a mailbox, microwave or refrigerator for a unique perspective. Because they are cheap, they make excellent “stunt” cameras as well. You can place them in the middle of the road, or strap one to your remote control helicopter or the handlebars of your mountain bike. The GoPro line has cashed in on creating quality cameras that can be put in unique and precarious positions, but you can shoot similar shots with any inexpensive camcorder.

In the end, shooting great video is about more than what tools you use. In the hands of a creative camera operator, any camera, even a consumer point-and-shoot model, can be a powerful resource for capturing and creating compelling content.

Chuck Peters is a 3-time Emmy award winning writer, producer and host. He is currently an independent producer in Nashville, TN.