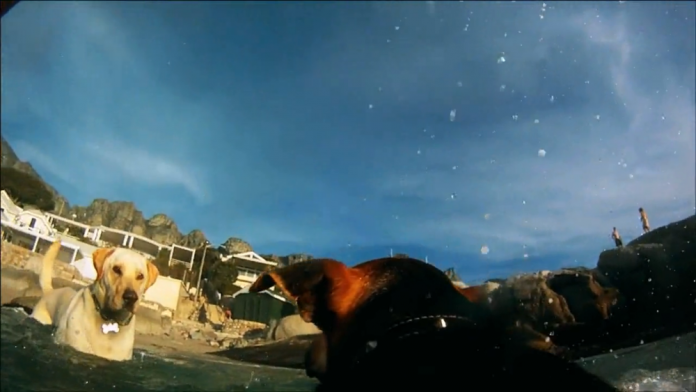 The GoPro Hero series cameras are some of the most versatile cameras out there. The GoPro Hero 3 (the newest addition to the GoPro family) is compact, can shoot 4K footage, has built in Wi-Fi, a frame rate up to 120 frames per second, has a waterproof casing, and you can attach it to pretty much anything.

With such a durable and functional camera, many have used the camera to capture extreme sports. And by many, I mean thousands!

Extreme sports are great, but we wanted to see how else the GoPro can be used. Here are 5 of the best non-sports Videos using the GoPro.

This first video was actually released by GoPro to show off their new waterproof “Dive Housing” case. In this video we follow two divers as they explore life underwater in the Bahamas. They take the camera underwater to see sunken vessels, beautiful sea life, and explore what it’s like to be a diver. It’s amazing to see these people talk about their passion for diving and get up close and personal with sharks.

Have you ever wondered what a day in the life of a dog would look like? In Johnny Neon’s music video, we get a front seat view of one canine’s adventure. Directed and conceptualized by Dave Meinert, this video explores the day in the life of a dog by attaching a GoPro to his friend’s dog. He Built a custom rig, made from a soccer shin guard and an H-harness, then took to the streets. The video is fun to watch and really captures the energy and exploitative nature of animals.

Full Circle is a short film made by Callum Cooper for the London/ Melbourne label Klezinski. The short features 4 people jump roping. Though that doesn’t sound too interesting, this video truly is a work of art. There is no dialogue or music even, we mainly see 4 people jump roping from the jump rope's perspective. The excellent editing and brilliant sound mixing, makes this short a thought provoking and a mesmerizing piece of work. It also shows you that a GoPro camera can be attached to string of rope.

As part of a music video, filmmaker James Trosh and his friends attached a toy robot and a GoPro camera to a weather balloon and sent it to space. Yes, SPACE! This video shows the highlights from the two and half hour long flight the toy robot took to space. From the flight you can actually see the darkness of space as well as the curvature of the earth. The team found the toy robot and GoPro 11 miles away from the launch site, still intact! Meaning that the GoPro can also withstand a drop from over 95,000 feet above earth.

First Person Shooter is a genre of games, such as Halo, Call of Duty, or, for my old school gamers, 007: Golden Eye, that is played from the first person perspective of the gamer. Filmmaker and visual effects wizard Freddie Wong makes a video where he imagines a future where video game graphics get so go that first person shooter games look like and feel like  real life. To achieve the first person shooter effect, Freddie mounted a GoPro camera to a helmet and adds several layers of visual effects to sell the experience.

We’ve seen the GoPro go into the depths of the ocean and the curvature of earth. Where will you take the GoPro next?