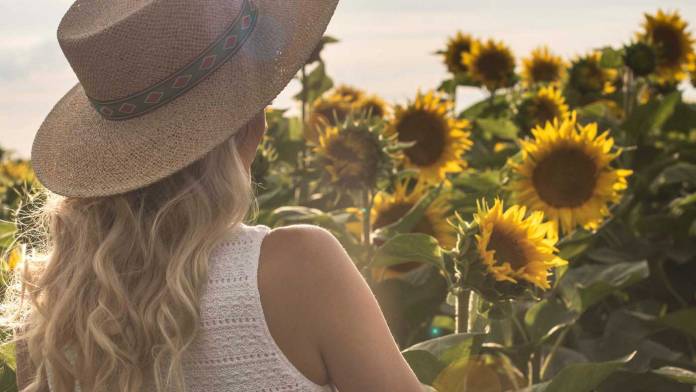 Every season I think this is the most fun (or worst condition) to shoot in, but summer’s sizzling, scorching, sultry heat is indeed a special challenge.

I was sitting on a hot dusty slab of tar the other day in the middle of no-where, shooting a field of sunflowers drying in the scalding sun. The torrid heat was almost unbearable and as I sat there, sweating and feeling grumpy, I thought, “didn’t I just do this very same shot last year?”

It takes a lot to drag yourself out into 100-degree heat, and your gear doens’t like it much, either. Before venturing into the boiling cauldron, check out our 5 tips for the video producer to take care of their gear while on location, followed by 5 tips to shooting great outdoor summer-time fun.

1. Your Vehicle: You know about leaving kids and dogs alone in a hot car, well, the same concerns can apply to your expensive gear.

2. Condensation: Condensation can happen when you change environments: like from a hot backyard to air-conditioned house.

5. Take Care of You: We often forget the important things!

Second – Shooting. In the summertime, people seem to be drawn to locations that pull in bright light and heat: concrete sidewalks, white sandy beaches and water. The sun reflects on these and throws extra light into your lens. Let’s cover a few tricks to fight the harsh light.

6. Roosters, Bat and Owls – It’s About Time: The sun’s light cast is harsh at mid-day.

7. Filter the Sun: If you have to shoot when the event is happening – then ignore item #6! There are a few tricks you can use to filter the light.

8. Diffuse the Sun: Think of the sun as one big light source that needs to be controlled.

10. Embrace the Heat: Finally – remember that saying, “if you can’t beat them, join them”? Make the harsh sun and heat work for you. Do a video that makes your viewers cringe with the feeling… make them FEEL the sweat dripping down one’s back.

My other favorite photo-essay was one in which I reversed the hot shots with cool ones, showing scenes from wintertime or skiers, kids playing in the snow and soft snowy landscapes to The Isley Brothers tune, “The Heat is On.” The contradiction of a heat wave song against cool refreshing snowy scenes was refreshing.

When you’re struggling to find your muse in a new season – think about what makes that season unique to the others, embrace the difference and go out and create. Stay cool out there–Happy shooting!