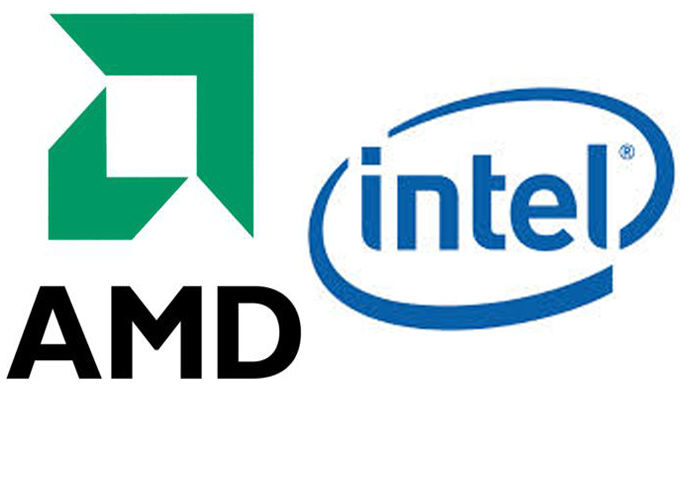 As anyone who’s dared to try it knows: video editing is no simple task. It can take years before an editor can really claim to master the intricacies of a professional video editing system, let alone be efficient at it. Add to that the need to meet incredibly quick deadlines, and it’s easy to see why many people avoid editing entirely. That’s why every editor who has stuck with it will tell you that a powerful edit station with the fastest processor is worth its weight in gold. A beefy edit station is not only more responsive when editing, it can also handle more real-time effects and render complex sequences before your deadline passes helping you keep your clients happy and your coffers full.

Speaking of coffers, the first task in finding the best processors for your workstation should always be knowing your budget. Processors can range from $100 for a low end offering, to more than $1,000 for the best consumer model out there. As proof, Intel’s best consumer offering, the Core i7-3960X is currently listed around $1,000 while a comparable processor, the Core i7-3770K, is only a little over $300. On the other hand, all of AMD’s consumer processors are listed at prices below $300. That may seem like a steal for AMD’s fastest processor but it does come with some caveats which we will show you below. Just remember that you often get what you pay for. So if you need a computer that can render your project before a tight deadline, expect to put aside several hundred dollars to get the kind of speed you’ll need.[image:blog_post:60317]

With the influx of new technology for processors, it may seem like an intimidating task to understand what the array of numbers next to a processor really means. To find out, you really only need to compare two numbers: the clock speed (or GHz) and the amount of cores. That’s because the more GHz a processor has, the more instructions per second the chip can complete. Also, the more CPUs (cores)  a processor has, the more simultaneous processing a chip can do, speeding up your machine.

Even so, more cores don’t always translate to a huge boost in speed. That’s because some software developers have yet to fully utilize the speed of multi-core processors into their software’s code. However, don’t let that deter you from springing for more cores for your processors. High-end video editing software like Adobe CS6, Final Cut Pro X, and Sony Vegas can all reap the benefits of a multi-core processor, especially when rendering video. In addition, many of these software packages also allow for multi-threading. A thread is a string of instructions from one of the processing cores in a CPU. High-end editing applications such as those mentioned above, can manage many threads at once giving you an appreciable boost in speed.

Of course, your processor will have to be able to churn out more than one thread at a time in order to see a speed increase. All AMD CPUs turn out one thread per core while some Intel processors use a technology called Hyper-Threading that mimics multiple threads within its cores. This gives Intel a distinct advantage when an application can manage multi-threading, giving you more for your money.

Of course, there’s more to consider when finding the best processors than just GHz and cores. The type of processor you have is often the determining factor as to what kind of input and output technologies your workstation can support, such as USB 3.0 or SATA III. Recently, processors have also delved into the world of GPUs by adding integrated graphics processors into their chip design. Intel offers this feature with its “Ivy Bridge” and “Sandy Bridge” processors while AMD has its Fusion APU processor. It may be easy to assume that the new processors with integrated graphics might have a natural advantage since they include both a graphics processing unit and a central processing unit. However, that technology has so far been more of a nuisance to video editors than a help.

Knowing what specs to look for when purchasing a beefy processor is great, but that’s not all there is to consider. You’ll also have to find out which CPU manufacturer has the best fit for your video editing needs. Like we mentioned previously, Intel currently has a leg up on the market due to its powerful Hyper-Threading technology which can significantly speed up editing by taking advantage of processing multiple threads per core. In addition, Intel has SSE 4.1+ support which speeds up CPU intensive tasks in Premiere Pro such as AVCHD and MPEG decoding.

However, as noted earlier, AMD has a clear advantage when it comes to price. The only real way to tell which processor manufacturer is best is to look at the numbers. Websites like tomshardware.com and PPBM5 have spreadsheets dedicated to showing readers which processor performed best in a variety of editing applications. With the majority of the top spots on both websites, Intel’s Sandy Bridge Core i7-3930 is currently a solid choice. It has 3.2 GHz speeds, a 6 core processing unit, and Sandy Bridge technology, all for just $550. Not to be outdone, AMD’s FX-8350 and FX-8150 make an appearance on the list. Though it’s not quite as fast as Intel’s Core i7 offering, does have a significant advantage on price ($219 as compared to $1069).

Getting the Most Bang For Your Buck

That being said, the best price for speed bargains are almost always found in the technology one model year back. Much like the way the previous model year’s cars are sold at a discount, previous model processors are sold at a steep discount as well. Consider the Intel previous model Core i7-3770K processor. It runs at 3.5 GHz and has four cores yet is only $357 – a steal for any serious editor. Plus, on major benchmark websites, the 3770K rounded out the top ten in both the Premiere Pro CS6 rendering tests and the After Effects CS6 render test. Not only is that affordable, it should keep your edit station humming for years to come.

If one thing is certain it’s that technology will always change. So whether you get an AMD or Intel processor for your editing dream machine, it’s best to consider your budget, your software and the performance of the chip before getting out your wallet. Doing so will result in not only a state of the art editing station, but a processor that can match your editing speed for years to come.

Dan Bruns is an award winning cinematographer and editor