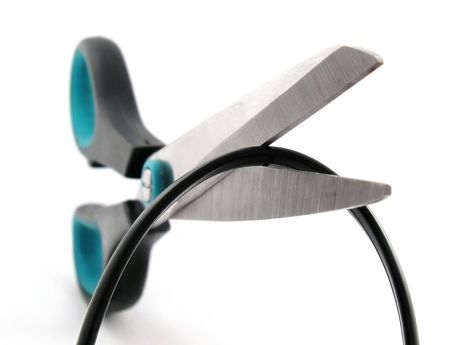 It may not have Superman’s bullet-dodging skills or Ironman’s flying ability, but for video editors, 802.11ac wifi is the latest superhero on the video editing scene. Okay, the latest in router technology doesn’t wear a heroic cape or a fancy suit. The name may not be quite like any comic book hero that you've ever heard of, but despite these obvious drawbacks, we’re pretty certain that the new wifi has enough superhero-like powers to make video editors everywhere pretty happy.

So what exactly is 802.11ac and how will it to help you to better edit video? Well, for starters, the new technology has a speed that is unrivaled by the old top-of-the-line stuff, 802.11n Wi-Fi.  Compare the new Wi-Fi’s maximum speed of 1.3Gbps with the older network speed of 300Mbps — that’s over four times faster. Better yet, it operates in the relatively uncrowded 5GHz band for demanding performances, like video streaming, and saves the cluttered 2.4GHz band for basic needs. This is significant because the old Wi-Fi has to share a network with everything, from baby monitors and garage door openers, to laptops and TVs. The beauty of the dual-band network is that its double capacity makes it more versatile and efficient.

Although 802.11ac is backward compatible with previous wireless standards, consumers will not experience premium speed unless they have both a new router and compatible device. Before the end of the year, there will undoubtedly be many new laptops, tablets, and phones with 802.11ac capabilities, such as Apple’s newly released version of the MacBook Air.

Here’s what video editors will really love about 802.11ac: you won’t have to tether your workstation to your hard drive while editing with big files. You’ll be able to edit video on your laptop and connect remotely instead of manually to your external hard drive — unheard of with 802.11n — which will help cut down on that already messy tangle of cords. If you edit video at home, without an office, you won’t even need your data storage and your computer interface to be in close proximity. With 1.3Gbps Wi-Fi in your home, you can keep your network connected hard drive stashed in that second-story closet and still have the freedom to edit video while sitting on the couch or lounging by the pool.

“That’s all fine and dandy,” you may be saying, “but why does it matter now? After all, the technology has been available for a couple of years.” What’s changed is the confidence that buyers can have now that the Wi-Fi Alliance has started testing and certifying various 802.11ac devices. The Alliance’s stamp of approval ensures consumers that their wireless devices have a defined level of interoperability and security.

With its lightning speed and top-notch flexibility, the new Wi-Fi seems like a superhero with plenty of potential to edit video. Will it really save the universe from the evils of inefficiency and slow streaming? Time will tell, but right now, 802.11ac looks like it will be sticking around as the most powerful Wi-Fi technology on the market.

Lizi Urbanowicz is an independent writer and video enthusiast.