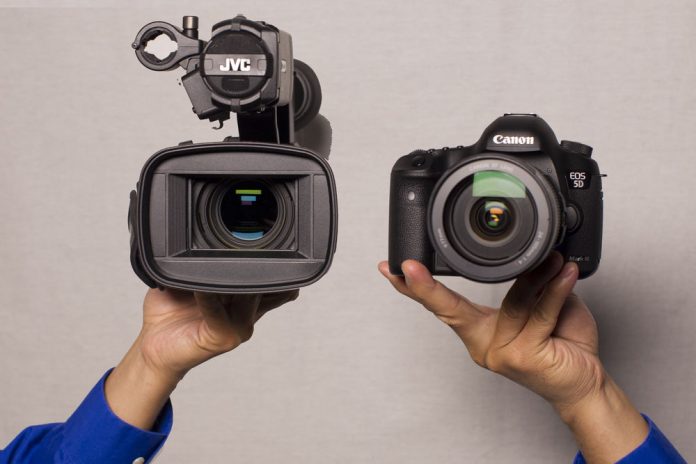 We all try to make the most out of the gear we have, but every video producer hits points in their career where they become limited by their equipment. Anybody who does video seriously knows it can be an expensive venture, and that it takes time to acquire all the gear we want. The world of camera support equipment is vast and can range from relatively affordable to shockingly expensive. A good tripod is worth it's weight in gold and everyone should have a shoulder mount to get basic handheld shots, but eventually, you're going to want to get some more dynamic shots. When it comes time to plunk down some of your hard earned money on another piece of camera support gear, it's important to know what each piece of gear can and can't do.

Jibs
Jibs or Cranes range from fairly compact to huge, but in essence they perform the same function. They give you the ability to add vertical movement to a shot. Of course the bigger the jib, the bigger the move can be. Panning with a long jib arm can also mimic a trucking move, but your shot will move along a defined curve, rather than a straight line. A large jib can also get you some nice high angle shots you wouldn't be able to achieve otherwise, and you can achieve some really artistic shots if you use it in conjunction with a robotic head. Jib or Crane shots are particularly effective when there are items in the foreground that show off the movement.

Cons: Jibs tend to be large, and while they are great at getting those sweeping grand shots or high angle shots, the can be cumbersome to setup.

Dollies
Whether we're talking tabletop or full-on rail systems, dollies are designed to provide smooth rolling camera movement. A good dolly is fairly versatile when it comes to usage. Whether you're moving through a scene, following your talent or host, or just adding a bit of movement to an otherwise static interview, a dolly can add motion to many types of shots.

Cons: The degree of setup difficulty can range from minutes to hours depending on how level the shooting surface is. Track systems work well, but can be pricey, while tabletop dollies depend on smooth surfaces.

Floating Stabilizers
From simple handheld stabilizers to vest systems, floating stabilizers are designed to give you smooth shots while you walk, while maintaining the ability to control the side to side and up to down pivot. Great for following a moving subject, or walking through a scene with tight spaces or stairs, this can make handheld work look amazing.

Cons: If you've ever tried to operate a stabilizer for any length of time, your arms or your back have surely paid for it. The bigger the camera, the more it can tax the operator. A stabilizer is a great tool for the job, but may not be usable in a wide variety of situations.

Sliders
Sliders are essentially a condensed, mountable version of a dolly on a track. They provide smooth movement along a straight path. One huge advantage is that they can mount to your tripod so rough and uneven ground is not an issue, and the setup time is consistently fast. Kessler even makes a great camera mount that allows you to use a slider vertically.

Cons: While sliders can be up to 6 feet, this is fairly limited when compared to the range that a jib or dolly can achieve.  Also, while dolly tracks can be curved or straight, sliders are usually only straight.

The Verdict
Of course it's tempting to give the old, “it depends on what you're shooting” defense, but that hardly seems like it answers the question I posed in the title. I've done my best to list out the pros and cons, but the bottom line is this. I've been lucky enough to have a jib, dolly, slider, and floating stabilizer at my disposal for a number of years, and hands down, the one I've used far more than any other is the dolly. I just find that it has more uses than a jib or floating stabilizer, whether I'm shooting commercials, training videos, weddings, or narrative material. I could make the argument for a slider as well, in that it does perform many of the same functions, and being able to use it vertically is a huge plus. To be fair, the slider I have access to is under four feet without the vertical mount, so I might be persuaded to change my answer if I had the right setup.

Before you make any decisions, it's good to know what these tools can and can't do, and be prepared for the pitfalls that each one presents. If you're lucky enough to have some money burning a hole in your pocket that's earmarked for new gear, you'll be opening up new artistic possibilities regardless of which one you choose.