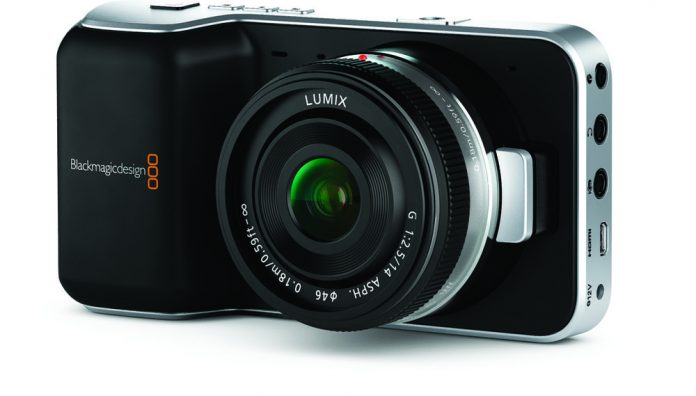 Blackmagic Design seems to know how to push our buttons. The Blackmagic Pocket Cinema Camera and the Blackmagic Production Camera 4K are sure to make many people very happy, both producers and viewers alike. "Exciting" hardly seems to do it justice when we hear that a pocket camera will have a Super 16mm size 1080 sensor that can grab 13 stops of dynamic range, capture lossless compressed CinemaDNG RAW and an SD card recorder for Apple ProRes. There's more jacks on the side of this pocket cam than you usually see, but when they add functionality such as a mic input and HDMI output, you won't hear complaints from us. When Blackmagic Design says there's a "built in SD card" we want a jury to question exactly how that works, and how much media can be recorded. Another specific to note is the active Micro Four Thirds mount. There are expectations to meet and your question on frame rates is answered at 23.98, 24, 25, 29.97 and 30, each at 1080, and speaking of thousands, the price is right there, $995 and available in July.  See what Blackmagic had to say about it and check out this video of the camera in use!