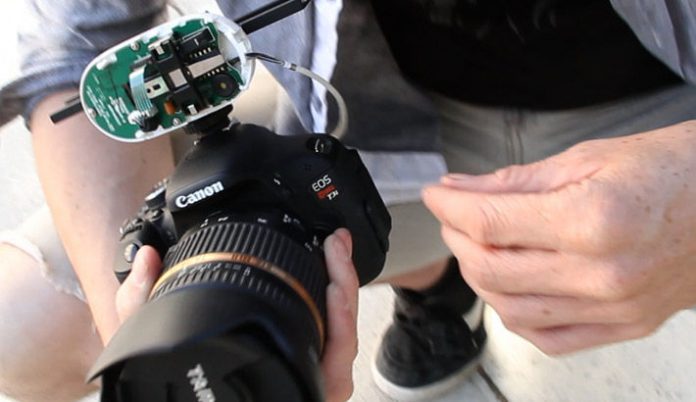 Making of "Hacked DSLR vs. Parkour" – yes, you get the secrets behind this cool video featuring the Tempest Free running Academy. Creator John Irwin has been very cooperative in our interrogation and the answers are surprising, especially if you think that the tricks done by the performers are fake – because the free running is real. Actually, without any pressing from Videomaker, Irwin posted the behind the scenes of the visually tricky video, so your assignment if you don't want SPOILERS, is to watch the original video, which was a Video of the Day on April 1 and then watch the making of (see link below) to hear how Irwin put it all together.

The concept for the video was simply to show freerunning in a unique way, and the Tempest Freerunning Academy was part of the plan early on. So take a sport that is inherently visually interesting, add a couple props and let the magic of editing (watch the making of video) bring it together. Here's what we could see as physical elements in the video.

The props are indeed props, the so-called intervalometer is really an Apple mouse, topless with a cut cord. The mouse was affixed to the top of whichever camera would be in the shot. The in-hand transmitters were really broken off pieces of RAM from a dead computer. It was supposed to look like a hack, so showing a little circuitry worked well. Now pretty much the rest of the subject is real, the course of Mario blocks, walls, pits and bars are part of a specially designed park at the Tempest Freerunning Academy.

So maybe this wasn't the first parkour video you've ever seen, this is where Irwin really brought something new to the table, with Adobe After Effects. The process of getting frozen freerunners involved the Roto Brush tool and a mask for individual frames. Putting one freeze frame after the other kept a frozen version of the freerunner. To escape the use of motion tracking, most shots were shot in tripod, but "handheld shake" was added in for a realistic feel. The motion tracker did come in handy for the shots that were handheld, so in all, the technique behind the effect is not supremely difficult, but very time consuming. For a shoot of about two hours, there was 35 hours of editing. The finishing touches of the damage to the sensor and video fill in the storyline. That meant making use of third party plug-in for the artifacting, then for the "intervalometer" that got fried, it is more like a mouse that got nail polish and fire poured on it. Even the background for this shot is a prop. As far as products go, there's not really a device you'll be able to order, so call that our April Fool's joke. We certainly enjoyed the video and would still take a product that does the frozen freerunner effect.