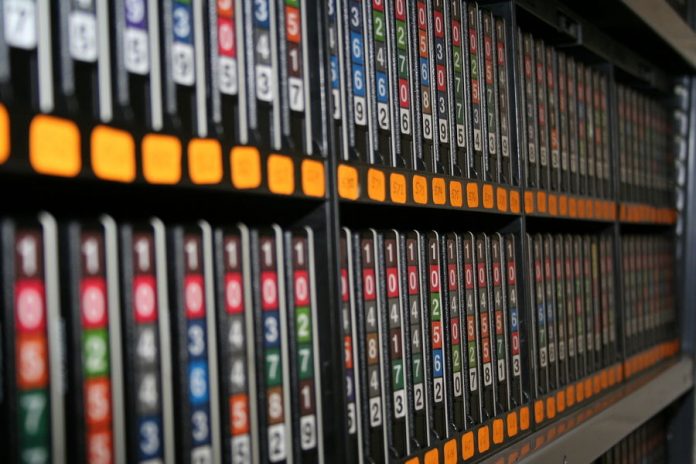 What if you lost every physical or digital memory you cherish? From film and video to ones and zeros, we store, save, pack, crate and archive a lot of memories and one fire, flood or computer crash can destroy that which we hold dear. What can you do?
Although it's not an international holiday, I think it's worthy of more than a geeky reminder! March 31st isn't just Easter this year, it's World Backup Day.
Springtime – when flowers bloom in abundance causing pollen counts to fly off the charts and allergies to be on high alert. The first signs of spring are in the air, which is also a reminder that World Backup Day is just around the corner.
Anyone who has read my blogs know that I am a strong advocate for backing up your data. Why so personal? Because three times in my life I've had every single saved memory wiped off the face of the earth – leaving me with just my own brain-wave internal memory banks to recall such fascinating video-taped moments as my son's first pitched no-hitter baseball game when he was 10 years old or yellowing photos of my hilarious first attempt on a pair of steel-wheeled street skates.
DON'T LET THIS HAPPEN TO YOU!
More and more we have to consider the fact that in this digital age, storing files is more crucial than ever. I have a steamer-trunk full of old 90-minute professional Beta-SP tapes from my days working in Broadcast News. I have several storage crates full of VHS tapes dubbed in the 1990s from those Betas, and another box of DVDs full of dubs from the early 2000s, and my more recent work is still saved on mini-DV tapes before I went all digital. I have no means of viewing those Betas without much hassle, but it gives me peace of mind knowing I can. But if a flood or fire hit my storage unit, I'd be wiped out again.
So What to Do?
Nowadays, external hard-drives are more affordable than ever, and cloud-storage is abundant. But do not rely on just one or the other. The best storage system is a redundant system of two or more copies, each stored in different places.
Options
All kidding aside… what you MUST do is take backing up your files seriously, and that's what World Backup Day is all about – seriously learning and practicing the tricks to backing up, and putting them in motion. Holding a homeowner's insurance policy on your house for 20 years doesn't pay off until that day it burns to the ground. Same with backing up.
And while you're at it – clean up those files, too, to give your system a better optimization. A clean and efficient operating system is a happy and healthy system. An organized system as well as polished program files and good backup practices go hand in hand.
Be Smart! Learn from My Pain!
I’m still steaming over a “This is your Life” surprise birthday video I worked on for days for my daughter-in-law that was viewed only once. After presenting the DVD at her party, for some unknown reason my daughter-in-law's aunt took the original to make copies for her family without asking. The aunt tossed the disc in the backseat of her car, left it there for weeks, and the hot summer sun ruined the disc. I discovered too late that I had no backup after my computer crashed losing all the original work. Grrrrr! Since she was born in the 1970s, most of the video is stored on VHS or other historic videotape files, but to recreate that "Travel Down Memory Lane" video is impossible without many hours burning the midnight oil.
p.s. Ironically… as I was writing this blog on backing up, the program I was writing in crashed, causing me to lose about an hour's work. Luckily, I had filed all my text, links and sources in an old fashioned text document first, so I only had to re-create the blog, not re-write it!
Stay Safe Out There!
Photo courtesy of www.bigstockphoto.com