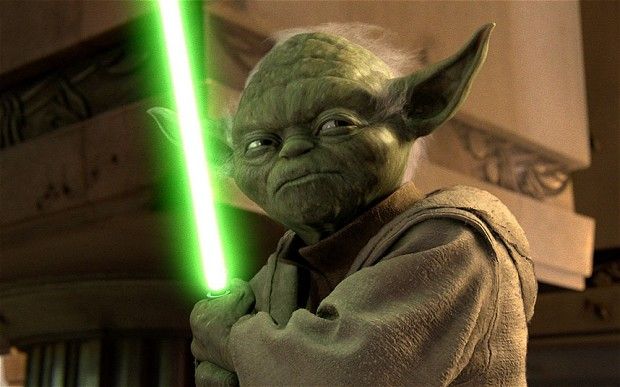 Once the Star Wars franchise was sold to Disney, the spin-off genie was destined to be let out of the bottle. The popular Star Wars saga is going to have two familiar characters developed into their own movie spin-offs – is there a possible second and third franchise in the future?

Chief executive officer for Disney, Bob Iger announced early this week that the popular Lucasfilm darling will have two new movie storylines following two characters from the early series, and probably, they will have sequels, prequels and possible off-shoots of their own. Sort of sounds like The Avengers, doesn't it?

"There is a great disturbance in The Force."
Star Wars fan film buffs have been very concerned about their place in the new Star Wars universe. Currently, they've been allowed limited, but gracious, access to many of the Star Wars copyrighted materials to use in their films, as long as the films are produced as non-profits and stay within the realm of fandom. These materials range from using the famous Star Wars infinity-fading opening graphics and logo to the music, characters, plotlines, lightsabers and effects. Will Disney pull the plug on this fun hobby and training practice?

Episode VII is already in the works – I'm assuming this takes place after the famous final battle on the Endor Moon, and Bob Iger says is scheduled for release in the summer of 2015. He said the two spin-off films will follow.

Lawrence Kasden, who wrote the original screenplays for The Empire Strikes Back and Return of the Jedi is set to write one of the yet-to-be-named spin-offs and Simon Kinberg, who has worked on Sherlock Holmes and the X-Men movies was contracted to write the other spin-off. J.J. Abrams, who directed the latest Star Trek movie, is slated to direct Episode VII.

"You Must Unlearn what You have Learned"
So… the question is? Who would YOU like to see from the Star Wars universe in his/her/its own spin-off? Chewbacca? Jar-Jar Binks? Lando Calrissian? C-3PO? Or how 'bout one of the bad guys? Darth Maul or Jabba the Hutt? Maybe some of the odd musicians in the Cantina scene on Mos Eisley?  They were sure a lively bunch. The most popular "non main character" in the Star Wars franchise is Boba Fett – I'd be interested in seeing his character developed more, but we already know Fett's Fate.

Personally, I was disappointed that the prequels – Episodes I, II, and III didn't have any mention of Han Solo. I'd love to see that character developed, I'd love to know his back-story and how he ended up on Tatooine "the farthest planet from the bright center of the universe" before he met Luke and ObiWan. Of course, I think Harrison Ford is a bit too old to play the young maverick smuggler – who would you place in this role instead?

"Search your Feelings, you Know it to be True"
As for independent filmmakers, will Disney put the kabash on Star Wars Fan films?  Only time will tell. "Difficult to see. Always in motion is the future." However, Disney is fierce about protecting its copyright (while liberally "borrowing" from the works of others), so Star Wars fan films might fall off into the world of legend. From animation to mockumentaries, from known figures in the Star Wars universe to new exciting characters developed by the indies,and even – yes, lightsaber fighting cats, there's an amazing collection of Star Wars fan films to be seen.

"A New Hope"
Whether you are a fan of Star Wars, an aficionado of independent productions, or a follower of fan films, check out the fan films sites to watch some well-produced episodes – before they are pulled from viewing forever. "You are free to use any methods necessary, but I want them alive. No disintegrations."