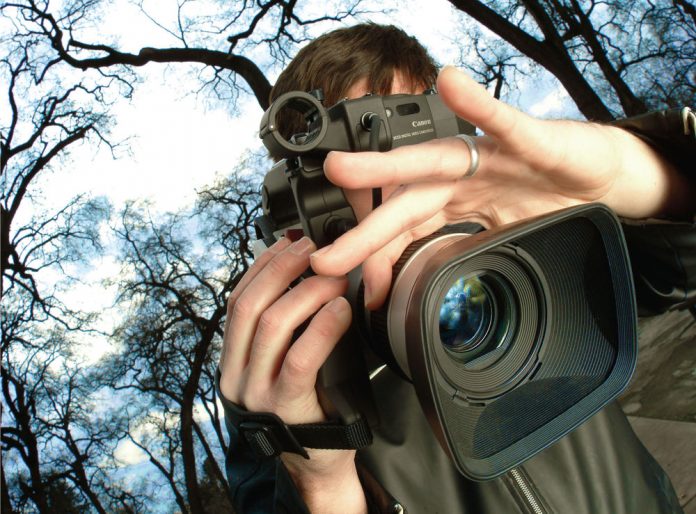 Are you a good cutter* at dubbing* after viewing the rushes*? Or are you more of an auteur* who is into the small details of Mise-En-Scene*? Videomaker makes sense of some movie terms with our  production glossaries.

For a few weeks we've talked about movie terms heard on a video production or movie set, and we broke out the meaning of a few. We learned that a cinematographer might use a McGuffin to motivate characters to take action, and a Red Herring might be a non-essential person, place or object in a movie to throw the audience off the scent. Today, let's look at a few other terms found on a movie set and have some fun in the process.
If you've ever assisted a plumber, auto mechanic or painter at task, you would be quite frustrated hearing: "hand me that doohickey right there, the silver and black one.. no the long one… no, not that long, the other one… oh, never mind, I'll get it myself."
Here at Videomaker, we know that understanding movie terms is important to any video producer or cinematographer working with anyone on their movie, even if it's only one other person. But sometimes the jargon can be a bit overwhelming.
Specialized movie terms define the tools of the trade, the techniques of the craft or the direction you want your cast and crew to take. In other words: it's important to know the words, even if you rarely use them. It's also fun. We love to point out that a very important-sounding movie tool is a C-47, known to civilians (non-movie or video production folk!) as simply "clothespins."
Using the proper lingo on a movie set demonstrates your knowledge of the business and elicits faith in your abilities by those working with you. If you're working with volunteer "civilians" – friends, family, your church group, etc., it also demonstrates how totally cool you are and "in the know."
So – let's look at a few more unusual movie terms commonly used by a cinematographer on a movie set, and break them down a bit.
Having Fun
So those are "official" fun terms, how about some a bit off the official terminology chart?  How about: Slurpasaur – (from filmmakerIQ.com) An optically enlarged lizard or other animal to make them appear as giant dinosaurs.
Movie critic Roger Ebert, has his own funny list of terms that cover the insidious and asinine (and often predictable) moments, scenes or characters in movies. Below are a few pulled from his site. (Check Ebert's full list here.)

Finally, for more fun and interesting topics, check out TVTroped.org to find out terms for characters you didn't even know had terminology reference.

Want More?
Jargon can be a bit overwhelming and Videomaker loves to help and encourage you in your video and movie production growth. From Safe Title Area (The recommended area that will produce legible titles on most TV screens. ) [Videomaker Editing Terms Glossary] to Rack Focus (Shifting focus between subjects in the background and those in the foreground, drawing a viewer's attention from subject to subject.) [Videomaker Shooting Terms Glossary] Every tool, technique and approach has a name for it. Videomaker has a host of Glossaries online, and you don't have to be a Videomaker Plus member to find them. The list is below.

Your homework this week is to learn some new terms and use them next time you're on a shoot! Happy Shooting!