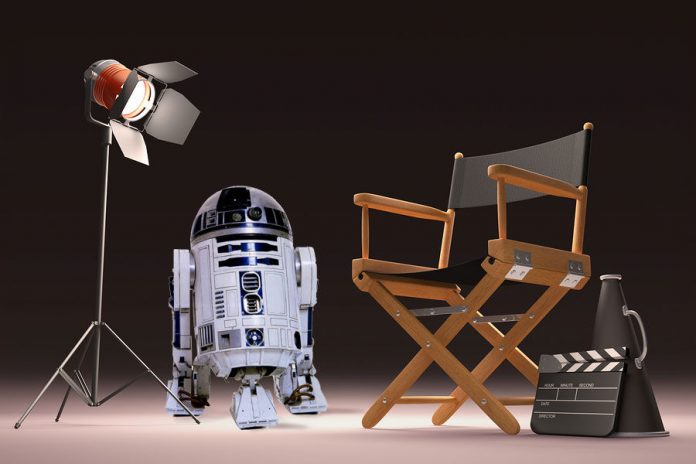 Movie terms define an action, a shot type, a character or a piece of gear. Every movie term is meant to help the plot move along, instruct the crew on which device to use next. They even assist someone like a camera operator or on-screen talent prepare for the next shot or scene. Many movie terms are obvious to any video producer. Terms like crane move, cowboy shot, or back-story disclosure help define the character or plot. Though a term like McGuffin is a liiittle more obscure. Regardless, McGuffin is very a very important aspect in movies.

A what? A McGuffin? It’s one of those odd movie terms that have equally odd purpose for its nomenclature. The plot of many movies will maneuver around the McGuffin. So what IS it exactly? Why would a video producer want a McGuffin appearing in a movie? A McGuffin can be nearly anything. Sometimes you might not even know what it is, but it is often the stimulus or force that triggers a main character to move from a free wheeling static life to one on the road, or a way to help a hero prevent complete world destruction.

Loosely defined, a McGuffin is the object, person or goal that gets characters in a movie trying to find it, control it, hide it or destroy it. In some cases, you never find out what the McGuffin is. You just know it’s important to move characters in a plot from point A to Point B.

The movie term was coined by famed suspense/thriller director Alfred Hitchcock, while defining a plot point technique. However, the word’s history is deep in old Scottish lore – someone has a package, box or envelope with unknown contents. Another person asks, “what’s in the container?” and the reply is “A McGuffin”. “But what’s a McGuffin?” “It’s a Scottish Lion.” “But there are no lions in Scotland.” “Exactly.” In other words –  you don’t need to know, that’s my business not yours. Hitchcock said the McGuffin doesn’t have to be anything special in particular, it’s  just a reason to move the plot along.

McGuffin’s often draw the characters to follow a specific path. Treasure maps, for example, entice characters who were leading a regular – albeit dull – life are now on a trek to discover what the map will reveal. Bilbo’s ring, in The Lord of the Rings, could have been considered the McGuffin. It was the object that propelled events to unfold once Frodo ventured from the Shire intent to destroy it. The plot point of the McGuffin is to be a motivator. But they often cause jeopardy for their characters looking for them.

What other movies can you recall with McGuffins in them? How subtle or obvious are they? Do they help or hinder the plot point or is their presence merely window dressing or are they a neutral prop?

McGuffins might be either active and inactive. Inactive McGuffins aren’t usually dynamic. They are just the cause of the quest. They are often static, like a place or concept and to find them finishes the journey. Although the toy sled Rosebud was an object that could move, it would still be considered inactive. This is because the true quest was finding the concept or purpose of the word – not the object. In the animated movie Up – the goal, or quest, was to reach a South American location. The old man will find his happily ever after that he lost when his wife died.

The Ark of the Covenant is an inactive McGuffin that becomes active in the end in of Raiders of the Lost Ark. It’s inactive throughout the plot – the goal is to see which archaeological team finds it first, but it then takes on a life of its own, destroying all the evil people bent on revealing its secrets instead of allowing it to remain in it’s final resting place. (And it makes a short cameo appearance in Kingdom of the Crystal Skull.)

The Emerald City in The Wizard of Oz is another example of an inactive McGuffin; all Dorothy and company had to do was get there, but then the plot thickened with a new quest: get the witch’s broom.

An inactive McGuffin can become an active one: once found it can take on a bigger significance. The broom in The Wizard of Oz becomes an active McGuffin: it has magical power, even though the power is unnamed. (Although Dorothy didn’t know it, the true quest wasn’t to capture the broom but to kill the witch because Oz knew only the through death would Dorothy be able to pry the broom from the witch’s cold dead hands.)

Other examples of inactive that become active: in another Indiana Jones movie, The Last Crusade, Indy is on a search for the Holy Grail: the Grail is inactive throughout the movie – the goal, again, is to find it before the bad guys, but eventually it becomes necessary to save Indy’s dad’s life, so it then becomes active. Without it, Henry Jones Sr. would have died. (There have been dozens of movies plotted around a quest for the Holy Grail – it might be considered the “McGuffin-ist” of this type of McGuffins!)

Alfred Hitchcock said that the McGuffin is often an insignificant object- its importance is to move the plot along and it can be irrelevant to the movie, but what IS important is what might happen if the object isn’t found or destroyed or taken from the current possessor. This would be like The One Ring  in The Lord of the Rings.

But there’s still a twist to this seemingly obvious object: What happens when a McGuffin isn’t anything at all – how does it affect the plot point?

What about when a McGuffin isn’t anything at all?

The Falconstatue in The Maltese Falcon was an insignificant object, and its purpose was never revealed in the movie. Another example might be the infamous briefcase  that glows in Pulp Fiction. We never see what is in the case, although people assume it’s drugs. A back-story report said that at one point it was supposed to be diamonds, but the answer is never revealed, we only know it’s important to the characters in the movie. Other similar objects of importance that are never revealed often involve papers of some kind – either papers of transport, legal notes or even a simple letter.

Hitchcock has been quoted as saying: “The main thing I’ve learned over the years is that the McGuffin is nothing. I’m convinced of this, but I find it very difficult to prove to others.” His reason was that too many new directors tried too hard to make a McGuffin more important than the rest of the movie, he felt its overuse became a gimmick to move the plot along. Today’s video producer’s job is to think outside the plot, and to visualize how all elements work together.

The FedEx box in Castaway could be a McGunnin

A final example of a possible McGuffin that we never see that you might not think of as being important at all was the FedEx box in Castaway. What’s in the box? We never see – Tom Hanks never opens it – yet he carries it with him when he finally gets off the island and delivers it to its intended destination. Was the FedEx box a true McGuffin? Or is it a Red Herring? As a McGuffin, it’s the reason Hanks is on the plane that goes down in the first place, and he protects the unopened box throughout his entire ordeal. But could it be a Red Herring, too? We’ll discuss Red Herrings in our next Movie Term Lesson!

Having a good knowledge and understanding of shooting terms and production terminology will make anyone a stronger video producer. The best way to learn: Study the masters and follow their design!

Please share in the conversation by giving us your thoughts on McGuffins or other examples from movies you recall in the comments section below.Jennifer O’Rourke is Videomaker’s managing editor. 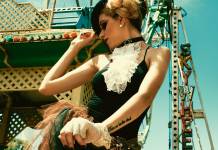