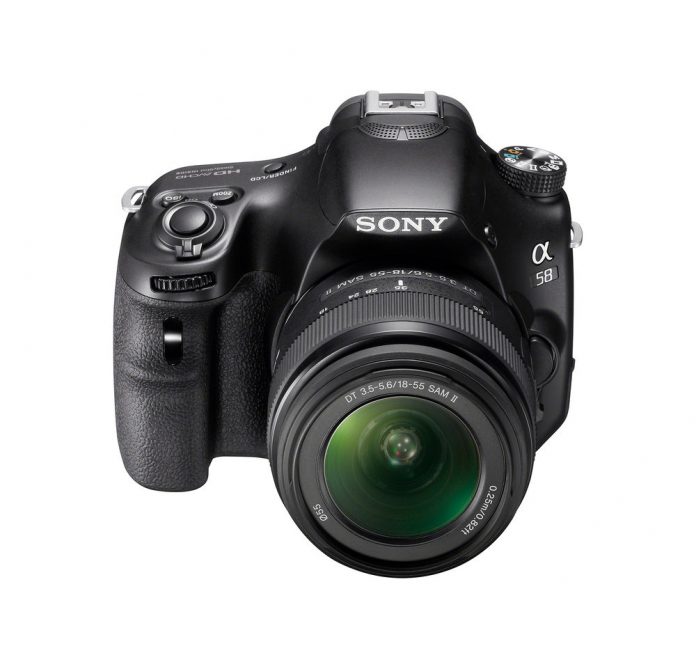 If you're interested in testing the DSLR waters, but you're not ready to shell out close to three grand just to get your feet wet, the newly announced Sony SLT-?58 might be just what you need. Boasting a 20.1MP APS-C sensor, translucent mirror technology, and OLED viewfinder, this camera will not only take great pictures, but can introduce curious videographers to the world of interchangeable lenses at an entry level price. (about $600 with a new and improved 18-55mm zoom lens)

You read it correctly, the ?58 has a 20.1 megapixel Exmor APS HD CMOS sensor and an improved BIONZ image processor, which allows for an ISO range of 100-3200 when shooting video, ensuring great footage in full HD in all types of lighting conditions.

The ?58 utilizes the Sony A-mount camera system which has 35 lenses available today that span a wide range of prices to fit your budget. There is a 1.5x crop factor, so don't forget to do the math if you're interested in additional lenses.

Other notable features include a tiltable LCD screen (about 135 degrees upward and 55 degrees downward) for shooting high and low angles while monitoring, a 3.5mm stereo mic input, Sony's multi-shoe interface that can mount a variety of accessories including external mics and lights, and an HDMI mini output.

So if you've been tempted by the advantages of DSLR's, but hesitant to jump in with both feet, the ?58 might just be the right way to dip your toe in. See what Sony has to say about it on their blog (they talk about the ?58 at about 4:40), or check out the full press release below.