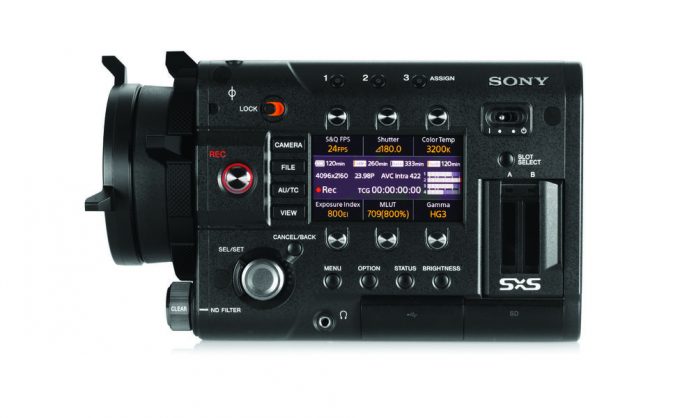 Here's some tough news, first off, we love competition among camera manufacturers, it pushes them to make better and better products while keeping the cost in check. The notion of patent law being broken, however, is a serious issue. There appears to be plenty of space for further research, especially the bit in RED's second claim for relief about F5, F65, and F55s being collected and destroyed – talk about countless videographer's nightmares.

In the past, RED has been active in trying to protect it's inventions with patent law but now it's up against a company named Sony Electronics Inc. known for some of world's the finest cameras. With the F5 at the least cost among the Sony PMW cameras in question ($19,400), it should be understood that this is a big deal for both companies, the users of these products (major motion picture and TV production companies) and the potential customers of either one. Many of us have these cameras as a goal to be using, or at least have $8,000 and be in the market for a Scarlet-X brain.

We have a 30-day wait on the patent law ruling and a few scenarios to mull over.

If RED gets their way with the Sony CineAlta cameras, then it'll change the landscape of large-scale productions. If Sony is discovered to have unique products, then RED will have to live with the competition and be out the investments throughout their company and customers, but would we think any less of them as a camera manufacturer? How about Sony? We'll be as watchful as possible and by no means are we to be regarded for legal advice or counsel. If you've had run-ins with patent law or you've been using any of the camera's involved here, please let your fellow readers know with comments here or in our forums.