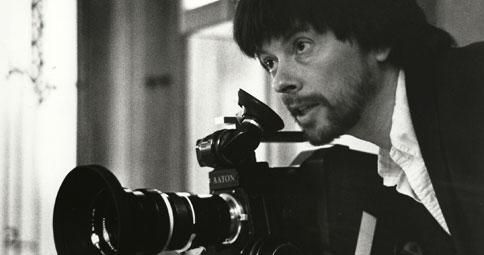 Ken Burns, well-known award-winning documentary filmmaker, won a battle this week for journalistic rights as written in the United States Constitution and won’t have to give up his footage to New York City.
Ken Burns, his daughter, Sarah Burns, and son-in-law, David McMahon, were named in a subpoena from the city of New York demanding they give up footage from a documentary The Central Park Five they produced. The documentary is about five men wrongfully convicted in the high-profile "Central Park Jogger" rape case.
The film has been making the film festival route and premiered in 2012 at Cannes Film Festival. New York City wanted the unused footage and interviews to examine in defense of a lawsuit against the city.
The multi-million dollar lawsuit has been on-going for years and Ken Burns, with his co-producers through their film company Florentine Films, fought the subpoena stating the city's demands interfered with the New York Shield Law that protects journalists, their notes and their sources. The judge agreed.
In 1989 the woman was jogging in Central Park where she was brutally attacked. Around the same time, a group of young men were caught in the park throwing rocks at cars. New York City’s investigation pointed to the young men in the park and they were arrested, charged and sent to prison. Twelve years later, in 2002, a serial rapist admitted to being the culprit and that he acted alone. DNA and other evidence proved he was the guy in question, and the wrongfully accused and imprisoned young men are all now involved in a multi-million dollar lawsuit against the city.
The footage the city of New York demanded to view and hope to use in its defense was out-take footage that Ken Burns never used in the final cut to the documentary, so it was "unknown." The city attorneys felt that what the interviewers asked or what the interviewees stated might somehow help the city in it’s defense, but this Tuesday, Magistrate Judge Ronald L. Ellis of the United States District Court in Manhattan, blocked the subpoena. Attorneys for the city sent a statement saying “This film is a one-sided advocacy piece that depicts the plaintiffs’ version of events as undisputed fact. It is our view that we should be able to view the complete interviews, not just those portions that the filmmakers chose to include.”
Attorneys argued the documentary had crossed the line from documentary to advocacy – one sided – and requested the footage. Burns and his co-producers refused saying the request was “neither appropriate nor enforceable under the governing law for subpoenas served on professional journalists exercising their right of independent free speech.”
John Siegal, Burns’ attorney, said it was a "marvelous decision for the media industry generally and documentary filmmakers in particular."
What it means is documentarians should be accorded the same rights as journalists as stated in the First Amendment in the Bill of Rights of the United States Constitution.
Along with the right to speak freely, the right to assemble and the freedom to worship how your choose, the First Amendment prevents the government from infringing on the freedom of the press. As a journalist, you have the right to gather information, even if it might hurt a government entity, as long as it isn’t defamatory or maliciously wrong factually. Additionally, individual states have what’s called Shield Laws, and although these might differ from each other, generally they mean a journalist doesn’t have to give up notes, footage or reveal sources unless through a court order, which is what protected Burns' and his company from giving up their footage.
Many governmental whistle-blowers would never have stepped forward if the reporter or documentarian they’re working with couldn’t guarantee their protection. One of the most well-known cases was an informant known as Deep Throat  who, along with The Washington Post journalists Bob Woodward and Carl Bernstein took down a President of the United States – Richard Nixon – and many of Nixon’s associates and advisors headed to prison.
Just because you might think your rights are protected as written in the United States Constitution, doesn’t mean you can move around freely with a camera in one hand and a press badge in another. For instance, you can’t interfere with police working their job in public nor can you cross police lines. You can’t use your camera as a 'perv-cam", you need to respect people’s privacy.
And even in the most honorable situations, there have been many slippery situations where journalists have been jailed anyway, so you need to know your facts, know your your rights and trust your sources to have their facts backed up before you venture into shark-filled waters. For instance, don’t get involved in the story – you are there to document it, not participate. Being a participant might remove you from objectivity. There are times when giving your footage might help solve a crime – should you then give it up without protest? Only you know for sure, so know your rights and stay informed.
The United States Constitution is examined and interpreted often and how one interprets it can help or hinder your cause. Cases like this in which a high-profile documentarian like Ken Burns is questioned and his footage subpoenaed shows that making documentaries can be challenging.
Whether you want to help right a wrong, or expose corruption or just want to find a good story to enter in a film festival, remember, from your rights as a journalist or documentarian to the copyright laws and privacy, it’s up to you to know what can lead you into trouble –
be prepared and study well!
Photo Courtesy of DenverLibrary.org
Read more about Ken Burns, his documentary and Shield Laws and the First Amendment here:
SOURCES:
http://news-briefs.ew.com/2013/02/20/ken-burns-central-park-five-lawsuit/
http://www.thestate.com/2013/02/19/2639769/judge-blocks-nyc-from-ken-burns.html
http://nymag.com/daily/intelligencer/2013/02/ken-burns-beats-citys-central-park-five-suit.html
http://wtvr.com/2013/02/21/ken-burns-film-blocked/
http://en.wikipedia.org/wiki/First_Amendment_to_the_United_States_Constitution
http://wtvr.com/2013/02/21/ken-burns-film-blocked/
http://en.wikipedia.org/wiki/Freedom_of_the_press_in_the_United_States
http://www.thestate.com/2013/02/19/2639769/judge-blocks-nyc-from-ken-burns.html#storylink=cpy
http://en.wikipedia.org/wiki/Shield_laws
http://en.wikipedia.org/wiki/Deep_Throat
http://en.wikipedia.org/wiki/First_Amendment_to_the_United_States_Constitution