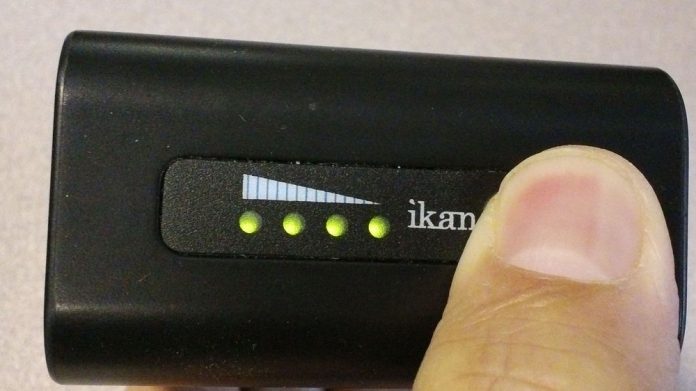 Event videography, now there's a beast, as many of our readers will attest to. The number of events that lose power is few, but when the job is to get a final video, or even a live stream out, what's a videographer to do?

Of course, in these times of crisis will you see people's true character, and the key is adapting and quickly. Since Videomaker doesn't exactly aim to be your shoot-day reference for event videography you should be in the realm of preparation while reading this. That means you want to prep yourself for the possible adaptations you'll need to make. Oftentimes in event videography we look to benefit from the location, finding wall outlets, main sound boards etc., but let's say a crowd-roaring event like a 108-yard kickoff return just occurred, and the power gets ripped away. Did you get the shot?

Thankfully, Super Bowl XLVII received a broadcast from CBS that handled it as well as it possibly could. CBS never went off the air, though they lost audio commentary for a just short time, they even upheld their commercial agreements. There were casualties however, as many cameras and mics were without power before the nearly 35-minute power outage ended. There doesn't appear to be a report on exactly how CBS pulled it off, but their event videography preparation and adaptation was effective – they treated it like breaking news. What you can do to guard yourself isn't as expensive as having backup generators on standby.

You can keep your video, and all other components for that matter such as, audio, lights, and recording device, powered by battery. This is one way to keep things rolling, and another if you're required to produce a live stream, is to use a mobile workstation, which may also play a part in saving recorded footage. Portable drives, even mobile hot spots and battery packs will quickly become a lifeline in these situations. And compound your battery-powered lights with reflectors, those easily traveling lighting accessories once again make a bid for most valuable piece of equipment. With little need to worry about camera support, you can go back to asking venue officials what's holding up the power, and then you'll be glad you made considerations for significantly greater event duration by getting more blank media capacity than is necessary. At least you'll know if you need to perform more than two weeks in advance.