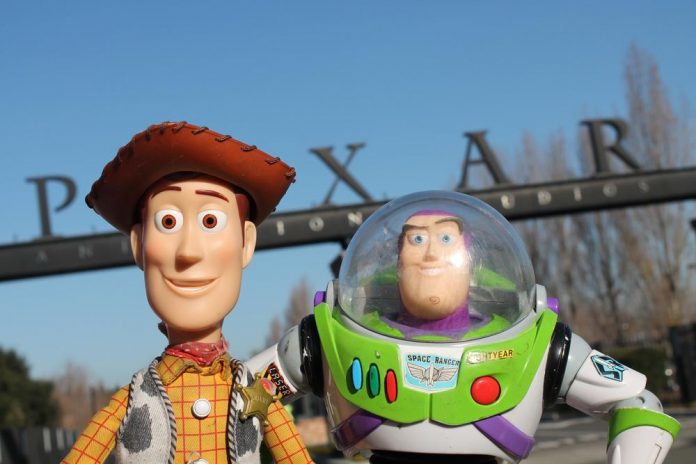 Why would you recreate Toy Story? The creators of the Live Action Toy Story released a full-length Q & A uploaded yesterday, letting many ask, "What was your inspiration?"

This really is an important question for anyone attempting to do a recreation or reenactment. Before you read the answer, understand that there really is some history to Live Action Toy Story as the live action remake of the first fully computer animated film. It seems Be Kind Rewind is the nearest cousin, music covers are more prevalent, but never quite as long, this all makes Live Action Toy Story more unique. With well more than eight million views, countless likes from those on YouTube, Facebook and so many more that have gone unrecorded, it's no wonder that the live action version, gained a global audience like the animated one. It's been nearly 20 years since the original was released in 1995.

Twenty is the number of years of age of Jesse Perrotta, the eldest of the directors, who worked closely with Jonason Pauley (one year his junior). Clearly, they grew up with the original masterpiece from John Lasseter, Joss Whedon, and Andrew Stanton, to bring up a few names behind Toy Story. So what did jonasonsMovies release in August 2012? The Live Action Toy Story Live Q&A answers many such questions. What isn't stated is the obvious, Live Action Toy Story is a shot-by-shot recreation of Toy Story using real toys, real kids and lots of patience, dedication and some stop-motion. The video quality, admittedly, is not the best there is, but that's simply the practice of using what you have, as the creators stated, and we'd reiterate.

Let's dive into the Q&A, the first question that deserved an answer was on the inspiration for the live action movie, and that simply came from years of watching and loving Toy Story, and eventually wanting to recreate the birthday scene with the army soldiers – this developed into the full-length movie. For the production, the budget was … less than $300, but the asterisk there is the numerous donations that came from family (way less than Toy Story's $30,000,000).  For two years they took each day and tried to shoot a minute of the final movie. One thing they did during shooting was keep an iPad close by with Toy Story showing the scene being shot. The success of Live Action Toy Story is spoken in volumes, in other tongues that is. To the creators' knowledge, their movie has subtitles in German, French, Italian, Portuguese, and Spanish.

There is no plan for the other Toy Story movies to be remade, but jonasonsMovies remains active and the actors/crew (meet them in the Q&A) seem to be moving forward – updates continue to be posted on their Facebook page.

Jackson Wong is an associate editor for Videomaker Magazine.