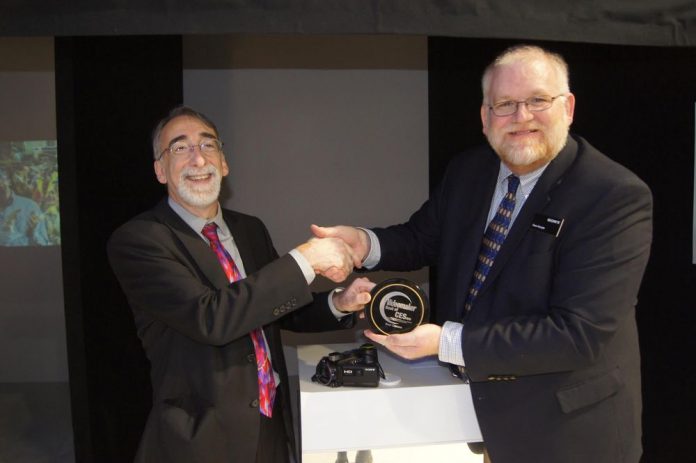 Videomaker finally came to the conclusion that the Sony HDR-PJ790 has earned Best Camera of CES 2013.

In case you missed this camera, it may be more costly than some of its counterparts at CES 2013, but the group of features is unequaled. Between the quality video, compact design, and strong audio, is a projector that is brighter than before (brightest in Sony's Handycam line), and then on the other side of that projector is an HDMI input. You get to shoot great video, play it back at up to 100-inches, then project a Micro HDMI source. It was hard not to like the capabilities that the Sony HDR-PJ790 provides.