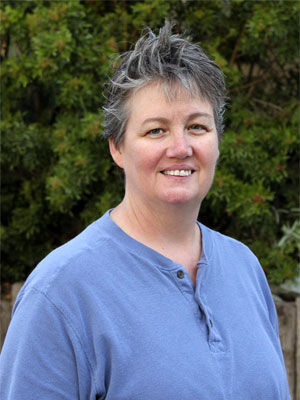 Laura Harvey is a deaf filmmaker and producer. She is currently working on a documentary about a deaf woman with multiple sclerosis and a dream to reach the highest points in all 50 states of the USA.

Laura graduated with a Bachelor of Arts in Television, Film and Photography from Gallaudet University in Washington, DC. With over 25 years in the video field, she has small video production company, Harvey Video Productions. She works as a full-time employee at DawnSignPress publishing company as the Video Production Specialist, doing camerawork, editing and DVD authoring.

Her inspiration comes from her grandmother, who was an avid photographer during Laura's childhood. Eventually, Laura learned about a new Television, Film and Photography degree program that was being offered at Gallaudet University. She was inspired to produce and film her documentary films by her involvement with the Emmy Award-winning show Deaf Mosaic, a national program distributed by PBS and The Discovery Channel. Laura is excited about winning the new Blackmagic Cinema Camera, and will put it to good use on her next film.