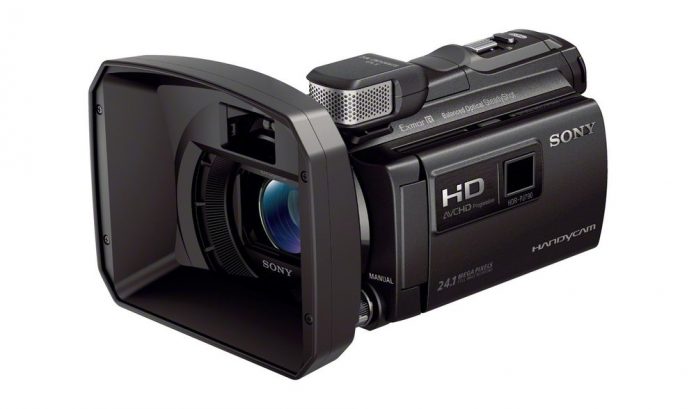 The new cameras from Sony may be fewer this year, but that doesn't mean they'll be any less packed with features and quality video-related capabilities. For instance, take the HDR-PJ380, it'll be one of the lowest-cost cameras at $600 with many functions that come with an HDMI input. This is an attractive camera with its excellent image quality, a good 230k-dot display in a three-inch LCD. You'll find the 16GB internal memory in the PJ380 is that nice mid range of storage space that isn't too small to complete those grab-and-go projects, and not so big that you'll be using the camera instead of a hard drive.

The biggest camera Sony has designed for consumers is the HDR-PJ790 which carries the brightest built-in projector from the entire line of projector-camcorders with 35 lumens. This camera also brings together the different features from throughout the lineup. Here's a sample: the PJ790 has 5.1 surround sound, a multi-interface shoe (which allows for Wi-Fi and on-camera light), along with plenty of pixels – 24 megapixels, internal memory – 96GB, and balanced optical image stabilization. The Wi-Fi functionality is added via an attachment, and while excluding Wi-Fi isn't a problem for many, taking up the shoe slot might be.

Though 3D has OLED and 4k displays to compete with at CES 2013, the HDR-TD30 is a camera that for the third generation, brings a glasses-free 3D display to a handheld camcorder. The $1,000 updated camera has two BIONZ image processors and can still capture quality HD video with the rest of them.

Since the Sony accessories are quite key, note these, the RDP-CA2 portable speaker is $70, the HVL-LEIR1 LED light is 4150 and the ADP-WL1M Wi-Fi adapter is $75. Sony definitely provides many elements of a complete studio, all within reach of consumers and prosumers.