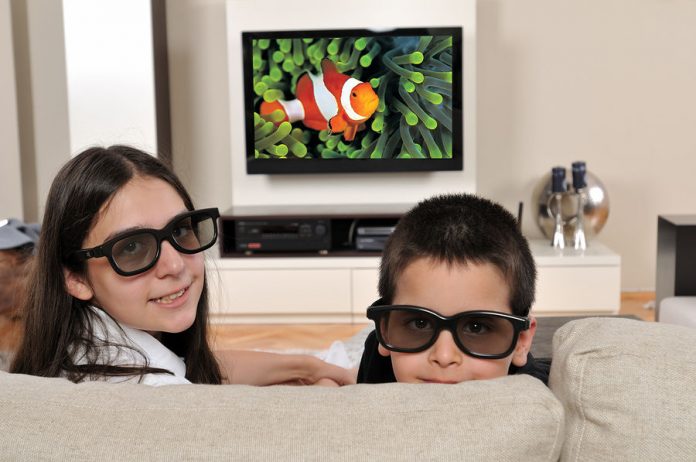 3D video is a polarizing subject. Hollywood loves 3D, due to increased ticket prices and classic blockbuster 3D re-releases. Television manufacturers are hopeful, thinking 3D might be a new way to get consumers to upgrade their newly purchased HDTV. Consumers, however, are lukewarm. Samsung is admittedly underwhelmed by the sale figures they’re seeing from 3D TVs, citing increased interest in Smart TVs. Hollywood is seeing the percent of ticket sales attributed to 3D dropping. 83 percent of Avatar’s tickets were 3D, but since its release in 2009, that number declined for the following major blockbusters– 56 percent for Toy Story 3, 38 percent for Madagascar 3, and 32 percent for Brave. So why are people turning away from 3D?

“I Don’t Like What it Does to Image Quality”
This seems to be the least represented group, but they make a strong case. The way 3D, or stereoscopic images, work is by sending a separate image to each eye at the same time. As a result, each eye gets half the light they would get under normal circumstances. The image is perceived as dim, and colors are not as vibrant. If you’re a nut for image quality, this is a hard drawback to overcome. However, some newer “glasses-free” TVs don’t seem to suffer this problem nearly as much.

“I Like 3D, but it Gives Me Headaches”
Unfortunately, there’s nothing anyone can do about this, given modern technology. In the real world (as opposed to the world on the screen), the brain sees in three dimensions because of the angles your two eyes focus on objects. If you hold a pencil in front of your face, each eye points at it. As you move the pencil inward toward your nose, each eye will angle inwards to stay pointing at it.Stereoscopic images don’t work quite the same way. The image sent to each eye is slightly different in order to simulate the two angles your eye would normally see, but each eye must remain pointed straight forward at the screen. Your brain wants to angle your eyes to focus on objects it believes are closer to your face, but of course, doing so keeps you from focusing on the movie screen. While most people can manage this war between their brain and eyes just fine, some have slight muscle imbalances in their eyes which causes a slight struggle to focus. As a result, they experience headaches. I have a hunch that people who experience this will never completely be on board with 3D.

“I Like 3D, but I Don’t Like the Added Cost”
This appears to be the most common opinion. At the theater, ticket prices are often inflated by up to three or four dollars. In Los Angeles AMC theaters, an adult 3D ticket is $17.75. At that price, many can forget about the possibility of taking the entire family to the movies on a regular basis, especially since for the same cost, they could easily watch a month’s worth of movies using a rental service like Netflix. Traditionally, 3D TVs have also commanded a premium over their 2D counterparts, however, that premium seems to be disappearing. Many TVs now have 3D built in by default. That said, many of us just recently made the switch to HDTV, so the urge to purchase a new set isn’t exactly pressing. Additionally, taking advantage of a 3D TV means having 3D programming (often an added cost by your cable or satellite provider), or a 3D Blu-ray player. The cost of 3D TVs and Blu-ray players will drop, but you can count on theater ticket prices and TV subscription rates continuing to rise.

“I Like 3D, but I Don’t Like The Glasses”
I don’t blame you. You do look silly in them.

Where Will 3D Go From Here?
It’s hard to say for sure, but I’m going to cop out and say 3D will neither go away nor experience a massive boom. 3D theater ticket sales will continue to decline to due to a budget weary audience. 3D TV sales will rise, as they did in 2012, and as 3D becomes more of a default feature, but we won’t see much of an increase in programming. There is little incentive for networks to produce shows in 3D, since viewer demand isn’t huge and they have no physical equipment to sell. Will viewers watch more 3D at home and in the theater? That’s the hard part to predict. If it’s convenient and affordable, I’m sure they will, but I’m not convinced we’ll get there this year.